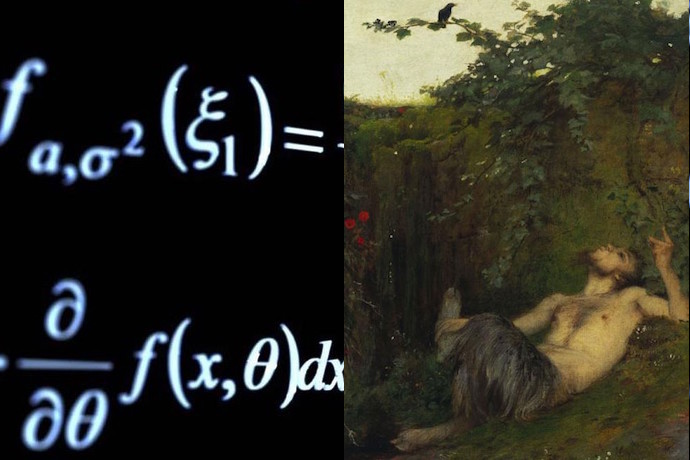 The haunting chromatic opening of Debussy’s Prélude à l’après midi d’un faune conjures up so effectively the dreamy heat of an afternoon in the forest. This is the piece that I have chosen to open the concert that I will be curating and presenting this year with the Oxford Philharmonic. But that languorous chromatic flute motif is not just the beginning of one of the most well-known pieces of the twentieth century but also the beginning of the break that composers will make during this century with the harmonic structures of previous generations.

Debussy is challenging us in that opening passage to consider each of the 12 notes of the chromatic scale as equally important. Why confine a piece to just 7 of those 12 notes marking out a major or minor scale? But it raises another interesting question. Why did musicians across the world, despite their different cultural roots and different scales, all choose to break the octave into the 12 notes that mark out the chromatic scale. No one decided to go decimal and try to divide the octave into 10 notes.

The reason for this universal choice comes from the mathematics that underpins music. Even though some might raise the point that there are examples in other cultures of the octave divided into much finer divisions, even these divisions have their origins in the same mathematical reasons for dividing the octave into the 12 notes of the chromatic scale.

The combinations of notes that we have been drawn to over the centuries can be explained through numbers. It seems that our ear is tuned to single out sounds full of mathematical significance. If you play a note on a stringed instrument and then half the length of the string you get a note which is an octave higher. Notes whose wavelengths or frequencies are in a 1:2 relationship produce notes that our brain thinks are the same note only one is higher than the other.

The interesting ingredient for musical harmony though arises when one divides the string into a third the wavelength of the original wave. This produces a harmonious sound that we now call the perfect fifth. And it is this 3 to 2 relationship between notes that is the basis for much of musical harmony around the world.

If we start to build another perfect fifth on top of the first perfect fifth it leads to the explanation for why we divide the scale up into 12 notes. As we add more and more notes all separated by this harmonic interval something magical happens after 12 of these steps: the last step seems to return to a note which is seven octaves apart from the note you started with. This cycle of 12 new notes that returns us to a note that sounds like the notes we started with is the mathematical reason for this division of the octave into 12 notes.

Actually that last note after 12 steps isn’t exactly seven octaves higher but it’s close enough that your ear can’t quite hear the difference. This difference was at the root of so many problems of musical tuning of something like the piano that occupied many musicians and mathematicians during the baroque period. The reason for the finer divisions found in other cultures comes from continuing the cycle of 5ths and discovering that we get another repeat after 31 or 53 notes.

Once composers had been freed from the confines of the 7 notes of major or minor scales and started to explore the full range of 12 notes something interesting happened. New choices were made for scales through these 12 notes. And this is the motivation for the two pieces that will follow the Debussy in my concert with the Oxford Philharmonic. Stravinsky starts exploring octatonic scales, eight note scales chosen often for their symmetry. We find these scales at work in his Symphony in Three Movements, a turbulent piece with an almost filmic quality about it. And the final piece in the concert, Bartok’s Music for Strings, Percussion and Celesta is a piece full of mathematics. The Fibonacci numbers, 1,1,2,3,5,8,13… can be found embedded throughout the piece even in the choice of a new scale that Bartok builds.  This scale gives the piece a fascinating feel of a fusion of western ideas with folk idioms from each.

The interesting thing is that once you break the harmonic structure of the last centuries of western music, composers are on the look out for new structures to frame their compositions. And those new structures that the composers of the twentieth century chose were often ones with their heart in my own subject of mathematics.

Marcus du Sautoy is the Simonyi Professor for the Public Understanding of Science and Professor of Mathematics at the University of Oxford. He is author of The Creativity Code (Fourth Estate 2019). He presents two concerts with the Oxford Philharmonic exploring Music and Maths on 16 and 17 of October.