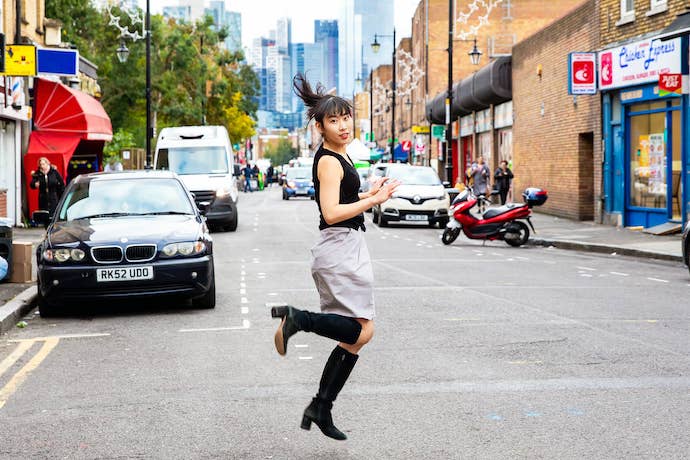 Songs from My Room sets out to frame the time slip of isolation.An–Ting 安婷’s contribution adds to the scrapbook of reflective post-pandemic productions, a mixed yield that has more recently focused on our collective emergence from lockdown rather than looking back to it. Regardless, Songs from My Room conducts a swelling, mounting scaffold of music that delicately retraces theatres of solitude.

An-Ting is a concert pianist, composer, theatre director and currently the Artistic Director of Kakilang, which supports a wide variety of Chinese diasporic artists. This album served as a diary where he kept track of pandemic time while living in Old Street, awake to the quiet and calm that descended over London for that short once-in-a-century period.

Deeply introspective movements descend into cinematic quietude; the empty stage of the city makes for a captive audience of An-Ting’s explorations. The canter of clockwork becomes apparent in Last June, with a sense of waiting coffered in delicate, inquisitive scales. The pressure of time is evident; the song was written during the Black Lives Matter protests that shook the world.

Both ruminant and entertaining, the discordance of An-Ting’s album echoes a time where the world was at our doorstep. The line between home and civil life blurred; work came home and respite seemed to be locked out. The album arrives as more of a collage than a flow of moments and ideas; it is difficult to say that a mood is sustained comfortably through the chaos. Nonetheless, An-Ting’s animated inquiry plumbs the familiar depths of private musing.

An-Ting released her classical piano albums Water Image in 2015 and Carnival of the Animals in 2021, which features her transcription of Saint-Saëns Carnival of the Animals. She is currently working on her digital production HOME X, originally commissioned by British Council Hong Kong and will be premiered at the Barbican in February 2023.

Below is a video of Ping Pong Dance, one of the tracks from Songs from my Room.