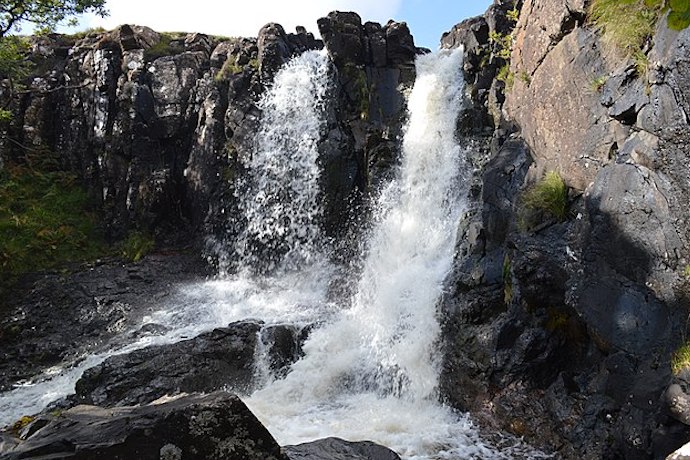 BBC Radio 3’s Petroc Trelawney is to take listeners on a coast to coast journey across the Highlands this summer, travelling from the shores of the North Sea on the Black Isle at Cromarty, a key location in BBC Radio 4’s Shipping Forecast, down the Great Glen, along Loch Ness and Thomas Telford’s Caledonian Canal, towards the Atlantic coast, and the small fishing village of Fionnphort on the Isle of Mull.

The broadcasts, which take place from Monday June 6 to Friday June 9 as part of Radio 3’s Breakfast programme, will showcase live music from Scottish musicians, while writers, poets, naturalists and historians help to bring the journey to life. In addition, the sounds of nature – birds singing, wind in the trees, fast flowing water – will be heard everyday as a series of live slow radio moments. The producers are Richard Denison and Susan Kenyon.

Previous Radio 3 road trips have seen Breakfast follow the Rivers Ure and Ouse to the Humber in Yorkshire, and journey along the River Severn from Wales into England and back. The programme has also come live from forests in Co. Down, Hampshire and Snowdonia.

On his approaching road trip, Trelawny says: ‘Through music, sounds and speech, we plan to create a rich and colourful portrait of each of the locations we visit. At the start of the day, we invite listeners to join us on a journey. This part of Scotland has inspired generations of composers, whose music we will hear, alongside live, open-air performance by some of the country’s most exciting musicians, their performances often accompanied by a chorus of birds, or the sounds of farm animals.  Sometime there will be word pictures to paint, sometimes water or wind will be the only sound we hear, captured by our microphones.  I’m looking forward to packing the midge spray and clothes for wet weather or sunshine and heading to the Highlands’.

All the programmes as part of BBC Radio 3 Breakfast Coast to Coast will be available to listen to on BBC Sounds.

The full schedule is below:

From the foreshore at Cromarty, overlooking the Cromarty Firth and the “Souters” –  the large headlands which frame the firth’s estuary into the North Sea –  Petroc hears of the Highland clearances which took place in the area, the challenges of re-building communities, and emigration to Canada. He talks to Barbara Cheney of the University of Aberdeen’s Lighthouse Field Station about the rich marine life of the firth; and there’s traditional folk music played by Highland-based, internationally-acclaimed Celtic harpist Isbel Pendlebury on the clarsach – the country’s oldest national instrument.

From the north-east shore of Loch Ness at Dores, Petroc explores the geology which created the Great Glen and Loch Ness itself. He discusses the myths surrounding the famous monster with “Nessie”-hunter Steve Feltham, who has been hunting the beast full time since 1991. Live music is provided by Duncan Chisholm, one of Scotland’s most recognised and accomplished fiddle players and composers; piper and whistle player Ross Ainslie, three times nominated for Musician of the Year at the BBC Radio 2 Folk Awards; and Glasgow multi-instrumentalist Innes Watson.

From the Caledonian Canal staircase at Fort Augustus, at the south-west end of Loch Ness, the engineering work of Thomas Telford comes centre stage as Petroc hears about how canals brought prosperity and tourism to the area, and about how Queen Victoria traversed the lock’s staircase in a Venetian gondola.

From the harbour side at Oban, the gateway to the Isles, Petroc joins Mendelssohn and J.W.M. Turner on their visits to this historic town, nestled on one side of a picturesque horseshoe-shaped bay, highlighting its rich cultural traditions of music-making, with performances from the Oban Gaelic choir, one of the oldest competition choirs in the Gaelic-speaking world.

At the further point west on the Isle of Mull, on the beach in the village of Fionnphort, overlooking the Isle of Iona, Petroc discovers the rich culture of this Inner Hebridean island; the work of Irish abbot and evangelist St Columba and later the Iona Community providing spiritual sanctuary and sustenance on the isle of Iona; and the unique qualities of Hebridean island life. Live music is provided by local musicians fiddle player singer and composer Hannah Fisher and  guitarist Sorren Maclean, who have built busy careers as solo artists and collaborators.