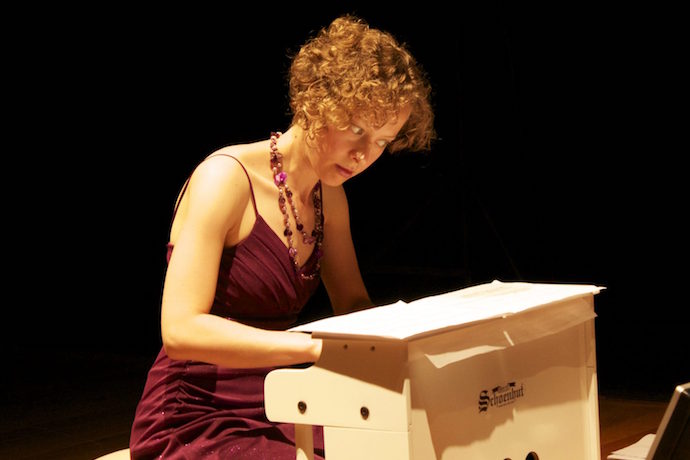 Xenia Pestova is a musician. Of this, I can be certain. My hesitation to label her as anything more precise has as much to do with her own breadth of interest and expertise as with the continuing erosion of boundaries between types of music, between types of art. Whilst I don’t want to get too bogged down in taxonomy, it is worth brief consideration. Pestova is a classically trained pianist who has improvised (a tradition with feet in both classical and jazz camps) and ‘explored the warmth and intimacy of Indian classical music’ in a duo with Canadian tabla player Shawn Mativetsky. She also plays the toy piano, the magnetic resonator piano, works with electro-acoustic technology, composes, teaches… It’s the same with the vast majority of artists today. Specialism is not so much obsolete as supplemented by other specialisms in what is termed a ‘portfolio career’.

So is Pestova an ‘experimental’ musician? In fact she rejects such labels finding that they tend to refer to specific periods of time and specific places (mid-century America in the case of ‘experimental music’). If there is a common thread that connects the elements of Pestova’s portfolio, it is that of newness.  In her opinion, ‘it’s our duty as performers to be involved in the music that’s being created today’ and in this era of mass global communication that’s an awful lot of music. So how do you make choices in such an information-saturated world?  As with most artists, such decisions are predicated on social as well as aesthetic grounds. Because music, like other performing arts, is a form of social interaction this makes sense: we like to work with people we like. And so close collaborative relationships are apparent in Pestova’s output whether that be with other performers, composers or music technologists. It’s also important to her to give life to music that, for some reason or another, flies under the radar. But these are broad requirements and it’s interesting that Pestova pushes no particular aesthetic agenda. Rather her task is to present music of the present, a diverse range of music whose relevance is assured because it is the product of members of contemporary society. If you ‘bring the music to the people’ give it life and let it stimulate debate, she believes, it will ‘help us grow as musicians and as people’. Perhaps that’s the best thing an artist can hope to achieve? 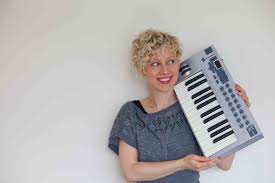 We touch on Pestova’s roots as a classically trained pianist. Classical music has been guilty of being backward-looking: nostalgic for its past giants as the majority of programming in concert halls and opera theatres across the UK still testifies. Perhaps it feels that is was ever thus, that such music was always the preserve of an ossified elite although in fact it was only in the 19th century that the concert experience became so formal and codified. Washing it of some of the perceived starchiness that has accumulated over the last 150 years is taking time but it is happening and Pestova’s more protean, contemporary focussed approach is a part of that quiet revolution. ‘Things are changing,’ she says. ‘[Classical] music doesn’t exist in a vacuum, things have always evolved.’  And indeed, over the last 15 years or so, we have seen initiatives to recontextualise classical music with adventurous programming or by placing it in non-traditional venues, initiatives Pestova takes an active part in. This sea-change is now evident in conservatoires and universities where courses in interdisciplinary collaborations are the norm. Indeed, amongst her other duties at Nottingham University, Pestova runs the course Creativity and Collaboration for Professional Musicians which recently saw students from varying musical backgrounds come together and devise a piece that was performed in one of the city’s caves. With her students she looks to ‘[spark] ideas in them that might take them into different contexts’, an approach that neatly encapsulates her own artistic practice.

So Xenia Pestova is a musician. Amongst other things, she plays the piano. If you caught her recently in Dalston’s Cafe Oto and liked what you heard, you might also enjoy the forthcoming Daylight Music Piano Day at Union Chapel, Islington where she’ll be one of three performers in a programme curated by her. It promises to redefine the piano alongside tea and cake. Revolution has never been so civilised.