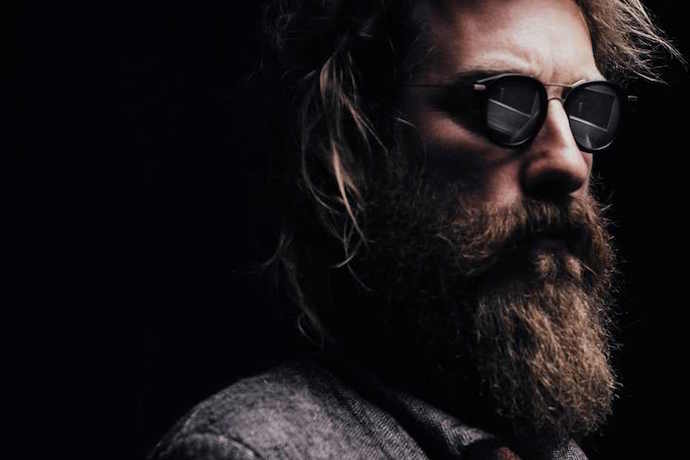 Joep Beving, a 42-year-old Dutch composer with a bristly, pointed beard and fronds of dull blonde hair, seems born to write soulful piano melodies. His rapid rise to fame, however, is nothing short of miraculous. It was 2015, and he’d been forced to release his debut album Solipsism independently after being turned down by a record label. Suddenly, he found that his Spotify streams were skyrocketing after one of his tracks was added to the streaming giant’s in-house Peaceful Piano playlist (which currently has over four million followers). Instant success followed, including signing to premier classical music label Deutsch Grammophon and a concert in the Concertgebouw, the most famous concert hall in the Netherlands which has played host to Gustav Mahler and Richard Strauss. ‘To me it felt like blasphemy to be there on that stage,’ Beving says.

Beving, who has two million monthly listeners on Spotify alone, is just one example of the streaming service’s increasing appetite for contemporary classical. Streams of classical music have risen by over 50 per cent in the UK in the first two months of 2018, with more than 10 million classical music streams in every week except one, according to the Official Charts Company. Many of those streams come from playlists with titles like Intense Studying (1.6m followers), Calm Vibes (434,000 followers), and Relaxing Piano (25,000 followers). For the most part the music is stripped back, solo piano – its beauty and minimalism in stark contrast to the angular, dissonant experimentation of less ‘populist’ contemporary classical. ‘The only thing I could do was respond to my own goosebumps while composing,’ Beving says. ‘The simpler it got, the more effect it had on me.’

There’s a comfort in newly written music which isn’t too different from what you like anyway.

It’s clear that contemporary classical is having something of a moment. Beving has around a million more monthly Spotify listeners than popular indie songwriters like Laura Marling or even Björk. Max Richter, a more established minimalist composer who often ends up on Spotify playlists, has over four million monthly listeners. UK-based playlist curator Jonathan Kinnear is finding that contemporary classical is one of his hottest properties. The piano-based playlists he curates with his brother James as Double J Music attract close to 70,000 followers. ‘A couple of years ago it was a niche, specialist genre, whereas now it’s very much creeping into the mainstream,’ Kinnear says.

Though Double J’s playlists currently have a smaller reach than Spotify’s in-house offerings, they can still bring unknown artists hundreds of thousands of listeners. Half of their content comes from online submission forms, including music from Italian civil servant and part-time composer Emanuele Dentoni. He currently has eight bite-sized piano lullabies under the name Bzur on Double J’s Relaxing Piano playlist. Dentoni saw his streams increase tenfold over three months to almost 160,000 after a handful of his tracks were added to Double J’s Relaxing Piano playlist. The streams only amount to around 250 euros per month once he’s halved the profits with Double J, yet the playlists have given Dentoni’s reputation a huge boost and allowed him to pitch his music for film, TV and video game soundtracks.

This simplistic and uncomplicatedly beautiful style of composition is starting to influence the current generation of music students. Dominic Murcott, head of composition at conservatoire Trinity Laban in London, is noticing that his current cohort are turning out music reminiscent of German pianist and Spotify playlist regular Nils Frahm (2.5m monthly listeners). ‘It’s literally this last year or so,’ Murcott says, ‘suddenly we’ve got stacks of overtly pretty music being made. It’s a group of students who at the moment all seem to be erring much more towards the Spotify playlist version of contemporary classical. More will have ended up towards modernism [more dissonant, experimental writing] about 10 or 15 years ago.’

Murcott understands the appeal of the playlists, particularly to listeners who haven’t studied music. ‘It’s a pop music audience who likes a bit of arty stuff; they might have been listening to Sigur Rós five years ago,’ he says. ‘Also, if you’re a classical music lover who likes the familiarity of classical music not changing very much, there’s a comfort in it being newly written music which isn’t too different from what you like anyway. There’s nothing in there that’s challenging the way music is made, like [John Cage’s] 4’33’’.’

This perception of the music as safe or samey is leading the most popular piano composers to distance themselves from the global trend. Australian composer Luke Howard, whose gentle piano is interwoven with simmering electronics and strings, signed to new post-classical label Mercury Kx last year after they heard his music on a Spotify playlist. Ironically, the music that continues to get the most streams and arguably jump-started his career comes from two EPs which, he is the first to admit, are not his best work. ‘I made those EPs extremely quickly,’ Howard says. ‘Not a lot of blood, sweat and tears was shed over them and they get a couple of million plays. I always find it amusing, but I’m happy to take the income and publicity.’

Howard’s next album, Open Heart Story, will be released in May. It features a larger string ensemble, and he says it’s more Vaughan Williams than Nils Frahm. Beving, too, is looking to move away from solo piano for his third album, due for release next year. Though the ‘happy accident’ of Howard’s playlist success had a large hand in his record deal, he thinks the craze for understated piano on Spotify has reached saturation point. ‘Often it has this very naïve style which is very beautiful, but sometimes it’s a very fine line between naïve and less accomplished,’ he says diplomatically. Beving is also of the opinion that the solo piano is on its way out. ‘I don’t think the trend can continue,’ he says. ‘Everybody’s jumping on the bandwagon.’

So what comes next? Kinnear is seeing more and more Double J submissions with an ambient electronic sound, and thinks this is the perfect match for the current understated piano trend. Howard thinks the choir will make a comeback this year, although writing for a choir is arguably much harder than for piano. ‘It requires a lot of actual arranging acumen; you can’t just sit there and noodle,’ he says.

For now, though, global political uncertainty perhaps explains why so many people plug themselves in for hours of introspective piano music on Spotify playlists. ‘There’s a lot of threatening noise,’ Beving says. ‘It makes you want to hide and seek refuge in a more quiet place.’