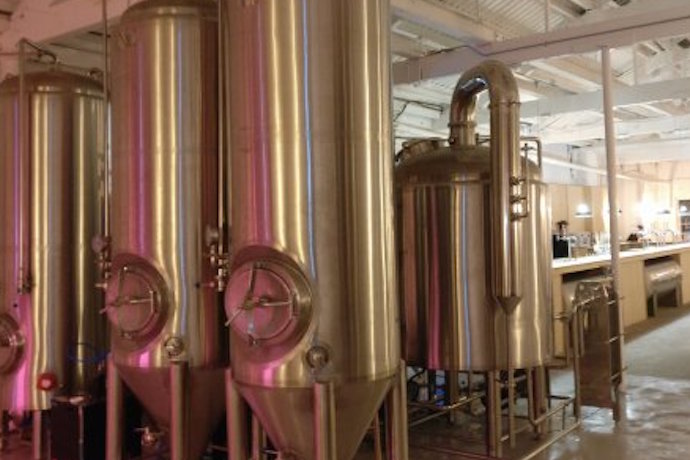 A brewery might seem like an unlikely place to stage an opera. And beer might seem an unlikely theme for an opera centred around women, and their professional roles. Set it in medieval England and chuck in a harpsichord and it appears more unlikely still, but in fact Infinite Opera’s upcoming mini opera trilogy,  Besse: Water, Rye, Hops, which take place in Birmingham’s Digbrew brewery, is rooted in fact and tradition.

The first instalment focuses on the story of Besse, a brewer, or ‘brewster’ as women of that profession were known at the time. In Medieval Britain, brewing was considered a domestic science, and thus it was an endeavour undertaken almost completely by women. People drank beer not because of its taste, but because it was safe to drink; safer than most water, which was contaminated by dirt and disease. Little was known then about the science of fermentation. What people did know though was that if you drank beer you were more likely to keep healthy than if you didn’t. Therefore, getting a bit drunk was a mere side effect to staying alive.

The brewsters themselves were probably little wiser than their clientele, but as the old saying goes, ‘if it aint broke don’t fix it’. Whatever they were doing with their vats of liquid was working, even if nobody quite knew how.

Needless to say, beer became a popular commodity, and the brewsters of the time were keen to sell their wares. However, at the marketplace, with sellers jostling and competing for custom, they were at a bit of a disadvantage. As women, they were generally smaller than their male competitors, so, finding a way around this problem, they took to accentuating their stature by wearing tall hats – some getting on for nearly two feet.

Another advertising tool was to place a broom outside of an alehouse to show when a brew was ready for customers to come and buy.  These brewsters were clearly on to something. But women who did things better than men had long been eyed with suspicion, and this lot, with their bubbling cauldrons full of magic potion, and tall pointy hats were no exception. Women. Cauldrons. Broomsticks. Pointy hats. You get the picture.

Since its inception in 2017, Infinite Opera has always been keen to promote women’s voices through art. It was formed when librettist and soprano Roxanne Korda and composer Daniel Blanco Albert met at a barbecue, and discovered their shared love of both opera and science. That coupled with a desire to bring womens’ stories to the fore, led to the creation of this mini opera trilogy.

Korda, who is a vocal graduate of Royal Birmingham Conservatoire, but had previously worked as a physics teacher, says ‘I came across a piece of history about more brewers being female, and wanted to explore that.’ Besse looks at not just the science of brewing and fermentation, but women’s place in the home and workplace throughout history. Infinite Opera’s previous project Entanglement!, also has a basis in science, examining the physical properties of the universe in a human way. Besse, too, explores how humans’ scientific understanding of our world has informed progress and interactions in society. 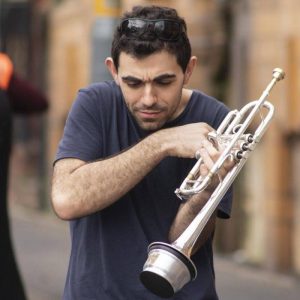 Musically, Blanco Albert describes his score as ‘classical music with a twist’. As well as the aforementioned harpsichord, the instrumental ensemble comprises violin, viola, cello and clarinet. The all-female chorus is a group of women on a ‘medieval hen do’, who patronize Besse’s tavern in want of libation, with music Blanco Albert  likens to a ‘Balkan Carmina Burana’. ‘It’s almost a caricature of itself, a bit like watching a cartoon’ says Korda, who as well as writing the libretto also sings the title role.

Besse may be the first opera to have bespoke beer brewed in its honour. Digbrew’s Oliver Webb has created Hathor’s Revenge, a magenta hued berry flavoured sour beer. The idea came about after Blanco Albert  and Korda asked to borrow a barrel as a prop, that could have red liquid coming out of it, and Webb thought ‘why don’t we just make a red beer!?’.

His brew will be sold on the night, with proceeds going to support the two further productions. For April’s instalment, Webb has sourced heritage malts, which have been made with a process not quite from medieval times, but one that is still a couple of centuries old. Beer number three has a name – Dark Abbess – though what this final one will taste like is yet to be decided.

For Webb, beer and art have always gone hand in hand. As a fine art student in central London, he and his pals deemed themselves ‘too cool’ to frequent the student union, yet couldn’t afford to drink in the nearby pubs and bars. A solution was for Webb to start a microbrewery in his studio, which soon became a go-to venue for post-college drinks and parties. It soon developed into a side business that he operated in the holidays, and his passion for brewing grew from there.

Staging an opera in somewhere like Digbrew is, in 2019, somewhat unusual, but it wasn’t always thus. Drinking and entertainment have always been inextricably linked, and back in Besse’s day, the pub would be the place to hear the best new music. So in fact, it’s quite fitting that Besse’s tale is told in the kind of environment where she would have lived and worked, as well as enjoyed a night of entertainment. So, head on to Digbrew, purchase a pint and pull up a pew for a slice of medieval entertainment, with a thoroughly modern twist.

The first episode of this series of operas will be premiered at Digbrew (River Street, Digbeth, Birmingham) at 8pm on March 8th 2019. Episode 2 ‘Rye’ will be shown on April 12th and episode 3 ‘Hops’ on May 10th.