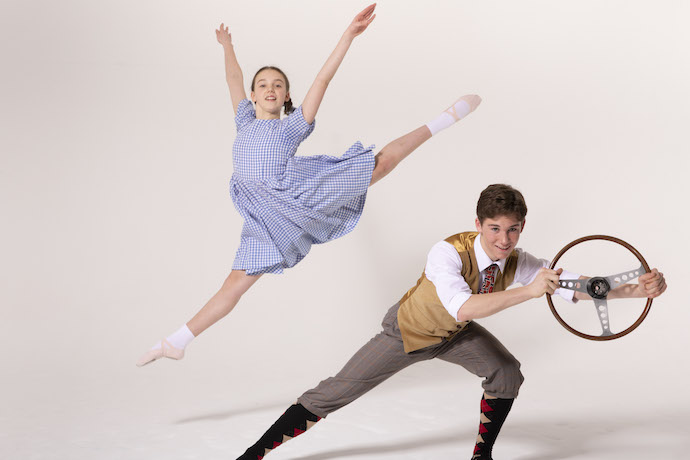 ‘It’s nice to be giving something back.’ Dancer and choreographer Ruth Brill has been working non-stop on the day we speak, juggling stage calls at Birmingham Royal Ballet where she’s First Artist and participating in a Facebook Live interview about her new, urban take on Peter and the Wolf, but she’s still buzzing with energy when she talks to me about working on Ballet Shoes with London Children’s Ballet – the company to which she owes a great deal.

Back in 2000, Brill danced in LCB’s production of The Last Battle, based on CS Lewis’s Narnia stories, and the experience was life-changing: ‘Having that professional performance opportunity was invaluable,’ she recalls. ‘It was a big jump from the technical exercises I was doing at my local ballet class – you’re developing your skills as an actor, as a performer, and learning to work as a team.’

LCB was founded in 1994 by Lucille Briance on behalf of her shy 10-year-old daughter who found solace and confidence through dancing. From the outset, Briance’s aim was that there should be no fee to children who wanted to participate, and that the usual strict body-type requirements for ballet would not be applicable. The organisation has gone on to commission original narrative ballets on an annual basis, engaging the skills of emerging choreographers, designers and composers in the process; it has also developed three outreach programmes to increase the number of children able to participate and diversify the audiences they’re performing to. LCB alumni include Charlotte Edmunds, the Royal Ballet’s first Young Choreographer who was mentored by Wayne McGregor, and Royal Ballet Soloist Anna Rose O’Sullivan, a rising star surely destined for Principal status; the latter was encouraged by LCB in all aspects of her training, from auditioning for the Royal Ballet School to applying for a scholarship to support her fees there, and credits LCB for providing ‘memories and friendships which endure forever’. 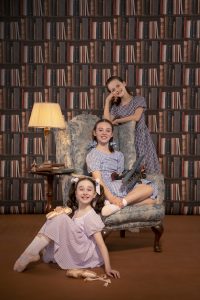 It was LCB’s accessibility that immediately struck Brill when she first danced with the company 19 years ago: ‘Because it’s free, I got to meet people who I wouldn’t have normally crossed paths with,’ she says, adding that, because the company performs narrative ballets, it’s on the lookout for all sorts of dancers: ‘Someone might not be a perfect swan, but if she’s a good dramatic actress she might suit another role,’ she says. ‘Obviously you have to be able to dance, but it’s also about having the confidence to pull off certain characters.’

In total, Brill danced in four LCB productions, including, in 2001, the role of Pauline Fossil in Cathy Marston’s Ballet Shoes, based on the beloved children’s novel by Noel Streatfeild. So there’s a certain serendipity to the fact that this year, for LCB’s 25th anniversary no less, the same ballet is returning to the Peacock Theatre, this time with Brill as revival choreographer. ‘I’ve always kept that link with LCB, and every year I’d come back and watch,’ she says. ‘Lucille started saying how wonderful it would be if I could work with them, and this year it all just came together. It really does feel like coming full circle.’

Brill trained at Tring School for the Performing Arts and then at English National Ballet School, joining the company in 2007 before moving to BRB in 2012; she was promoted to First Artist two years later.  At Tring she had won the Choreographic Cup, sowing a seed that was to bear fruit during her time in Birmingham where a series of choreographic workshops led to her first piece, Hit on all Sixes, in 2013. A year later, she made her first work for BRB, Rhapsody in Blue, and she’s gone on to create three more pieces for them, including Arcadia (2017), her first main-stage commission for the company. She’s also choreographed for Elmhurst Ballet School, the Rugby World Cup and numerous youth, community and charity groups. But she brings the same positive attitude to everyone she works with: ‘It should be a joyful experience,’ she says of the choreographic process. ‘We’re working hard, sweating, pulling something together – but the dancers are also gaining confidence and developing as performers. If you want to get the best out of people, you need to come from a positive, encouraging place.’

If her current stint with LCB is anything to go by, it’s a method that’s working. Rehearsal videos reveal that the 56 children, aged between nine and 16, clearly adore the choreographer and want to do their very best for her. 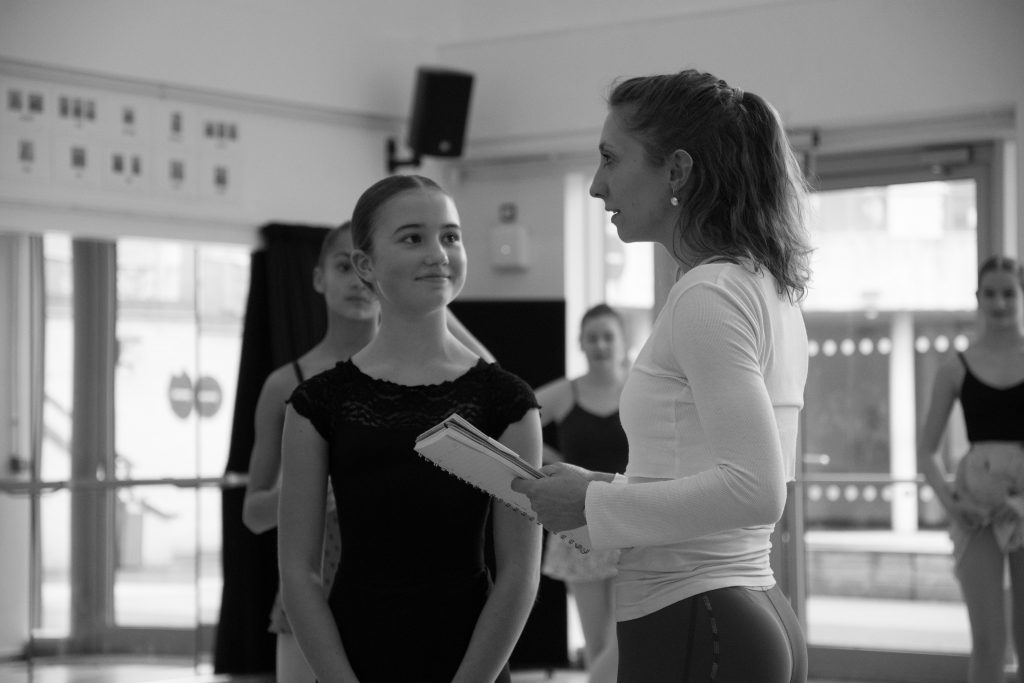 Ruth Brill working with the children at LCB

For Brill, who’s been working on Ballet Shoes every Sunday following an intense, six-day working week, it’s been hard but rewarding: ‘They’re so responsive,’ she says of the young dancers. ‘They bring things to the process that you wouldn’t expect.’ Inevitably, the experience has also transported her back to her own time with LCB. ‘I keep thinking, “That was me”,’ she says. ‘I know how much it means to them.’

When rehearsals began, Brill was surprised at how much of the ballet she still remembered, from the score by Raymond Warren (‘I could sing it even before we started rehearsing’) to Pauline’s solo (‘I could still dance it from memory’). But while she has remained respectful of the original choreography – indeed, Brill counts Marston as both a mentor and a friend – her restaging will include a few tweaks, including a reworking of the entire Midsummer Night’s Dream scene. ‘I wanted to put my own stamp on it,’ she admits. Aware, too, of the rising standards in dancing, Brill has also enhanced certain roles ‘where a dancer is capable of more’.

As for Brill’s own dancing career, she has recently announced that she’ll be retiring from Birmingham Royal Ballet in order to concentrate on choreography full time. It’s been a painful decision to make but ultimately one that, she says, ‘feels right’: ‘I still love being on stage and that will never change, but you have to ride the wave when it’s there,’ she says. ‘There are opportunities coming up, and I have to grab them.’ These including possible further collaborations with LCB, drafting a piece for New English Ballet Theatre’s choreographic workshop ‘which may develop further’, and perhaps branching off in other directions too: ‘I’ve been thinking about getting an agent and opening my mind to musical theatre and movement direction,’ she admits. There’s also the small matter of planning an end-of-July wedding – her own – after which she’ll ‘try to squeeze in time for a honeymoon’. If anyone deserves some downtime, it’s surely Ruth Brill.

‘Peter and the Wolf’, part of BRB’s ‘Unleashed’ programme, is at Sadler’s Wells on June2 5-26 ; Ruth Brill’s final performance with BRB is in David Bintley’s ‘Hobson’s Choice’, also at Sadler’s Wells, on June 29 (visit sadlerswells.com). LCB’s ‘Ballet Shoes’ is at the Peacock Theatre from July 4-7 (visit peacocktheatre.com)