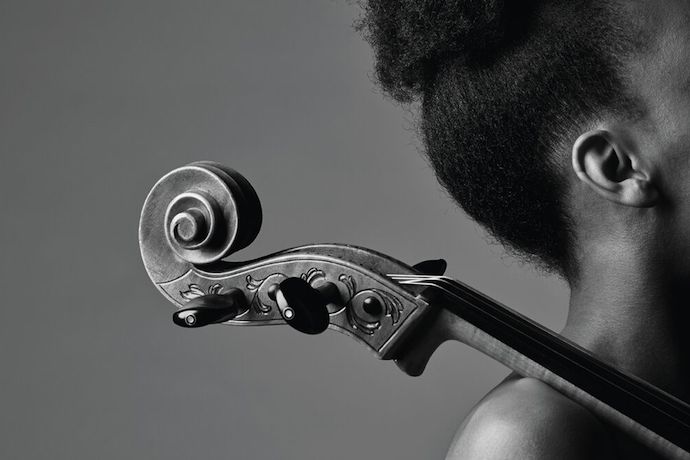 When searching for an accompanying instrument, most musicians will reach for a guitar or piano. Not Ayanna Witter-Johnson, a MOBO-nominated singer-songwriter who sings and plays the cello simultaneously. During one performance of ‘A Single Sun’ from her latest EP on SBTV, Witter-Johnson plays the cello with one hand and piano chords with the other, all the while showing off her arresting singing voice.

Witter-Johnson began using the cello to accompany herself as something of a happy accident. ‘I was supposed to play the piano and sing but there wasn’t one, so I brought the cello instead,’ she explains. It was a ‘serendipitous’ moment, as she realised the cello worked surprisingly well as an accompanying instrument. ‘I can drum with it; I can play it like a bass or a guitar; as a melodic instrument or a chordal instrument. It just has that complete range which suits me perfectly.’

My style has really been developing, embracing my Jamaican heritage.

These early performances gave Witter-Johnson the space she needed to hone her craft. ‘It just gave me room to enjoy playing around, since no one had paid to listen to me,’ she remembers. ‘I almost wished they weren’t listening so I could try some things out.’ It wasn’t until years later, after winning a season of Amateur Nights at the Apollo Theatre in Harlem while studying for a Masters, that Witter-Johnson decided to build a career as a solo artist. Now she has two EPs under her belt and her debut album is due this summer.

I ask if singing and playing cello felt like heading into the unknown; most musicians have obvious precursors, whereas Witter-Johnson’s particular style of cello and vocal music is unique. She explains that it wasn’t something that bothered her: ‘I wasn’t trying to be anybody – I just needed to make some money, and I could sing and play instruments.’ Now she describes her musical style as a meeting of contemporary classical in her string arrangements and cello technique and ‘a bit of soul, hip-hop and reggae’ in her song-writing style, drawing inspiration from ‘Stevie Wonder, Erika Verdu and sounds of blackness.’ 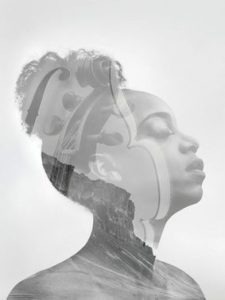 The cello has a name – Reuben – and, according to Witter-Johnson, a personality. ‘Reuben’s kind of cheeky,’ she tells me. ‘He likes to travel and he’s been showing me that he likes to dance, so now we’ve been dancing.’ Cello dancing is set to be a regular feature of her live performances, including her set on Cello Unwrapped, a series of concerts showcasing a diverse range of cello music. Those lucky enough to have tickets (the concert has long been sold out) can expect new material, surprise covers and ‘really feel-good, thought-provoking songs.’

Following the concert, Witter-Johnson’s focus will turn to the final stages of recording her album, which, judging by the latest single ‘Black Panther’, is a cause for excitement. ‘I actually wrote ‘Black Panther’ from the imagined perspective of one of my great-great-great-great grandmothers and her experience as a woman in love and possibly going through slavery – the journey she’s made and how she reconciles that with herself,’ Witter-Johnson reveals. The album as a whole is about ‘recognising situations that were somewhat painful but helped me see a new part of myself, and songs that helped me heal through that process.’

Witter-Johnson is unsure where her musical career will take her – she may experiment with pedals to broaden Reuben’s range of sounds or perhaps look beyond the cello. ‘I think Reuben will always be there. I might have two cellos,’ she tells me. ‘Reuben may be getting a friend! I think strings will always be a part of my journey, I don’t know how big a feature they’ll be but they’re a part of my language for sure. In the making of this album the style has really been developing, embracing my Jamaican heritage in a cool way, be that dancehall influences or reggae. I think it has to go more in that direction, especially on the second album.’

Witter-Johnson is proof that pop music need not centre on guitars and piano, and may inspire a new generation of singer-songwriters to experiment with unusual accompanying instruments. For Witter-Johnson herself, to have achieved so much before even releasing an album is daunting, and perhaps only a glimpse of what we can expect from her in the future.

Ayanna Witter-Johnson performs at Kings Place tonight and on March 12 as part of Cello Unwrapped. Follow Ayanna on Twitter @AyannaWJ