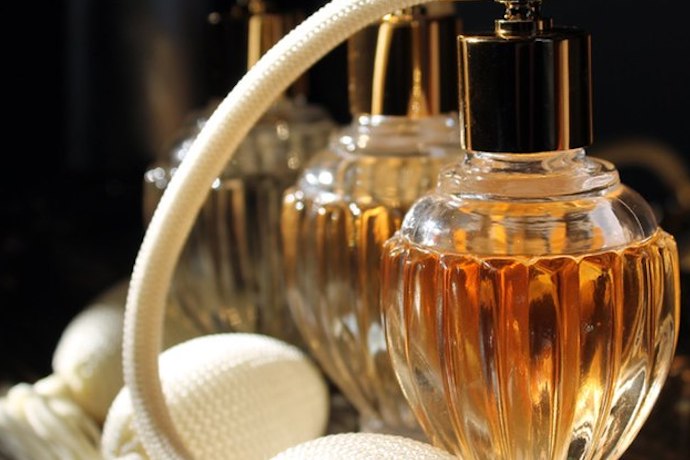 This perfume from DS&Durga, a small perfume house founded in 2007 in Brookland, New York, may conjure up a rural idyll with its hints of figs, green leaves and pear stems. But it was inspired by the song of the same name by the alternative rock group The Pixies which is said to encapsulate the wild shriek of the group’s front man Black Francis.

According to JUSBOX, the perfume house founded in 2016 by the Milan-born siblings Andrea and Chiara Valdo, this perfume was inspired by Vivaldi’s The Four Seasons, combining notes of grapefruit, rosemary, honeysuckle and jasmine. As the company puts it: ‘Vivaldi entrusted the lightness of the strings and the voice of the violin with recreating the excitement of life reborn…Spring Dance is a graceful dance, steeped in pure, essential melodies.’

Read: Osmodrama: a festival of smell

In 2015, the British artisan perfumer Sarah McCartney – founder of the perfume brand 4160Tuesdays – was asked to ‘scent’ a performance of Handel‘s opera Acis and Galatea at St John’s Smith Square. She responded by spraying the hall with Pastorale, their floral-herby mix, to conjure up ‘the scent of Galatea,’ as McCartney put it: ‘a lovely water nymph who visits earth dressed as a shepherdess and falls in love with the equally gorgeous Acis’. Then, to summon up the essence of Polyphemus – the villain of the piece – she used hints of oakmoss, leather and patchouli. ‘I wanted an earthy, muddy, sodden feeling for this lumbering creature,’ McCartney explains.

This synaesthesia-inspired perfume from Colornoise is designed to replicate the sound of a violin in smell. One of a series of perfumes from the niche US-based perfume house that correlate to a noise, song, instrument or music genre, it combines notes of orange, lemon, sandalwood and florals to create something warm yet zingy.

Premiered in 2009 at the Guggenheim Museum in New York, the world’s first scent opera combined a sequence of 23 scents from French perfumer Christophe Laudamiel with 30 minutes of music from Icelandic composer Valgeir Sigurdsson and American composer Nico Muhly.  The aim: to tell the story of the struggle between nature and industry.