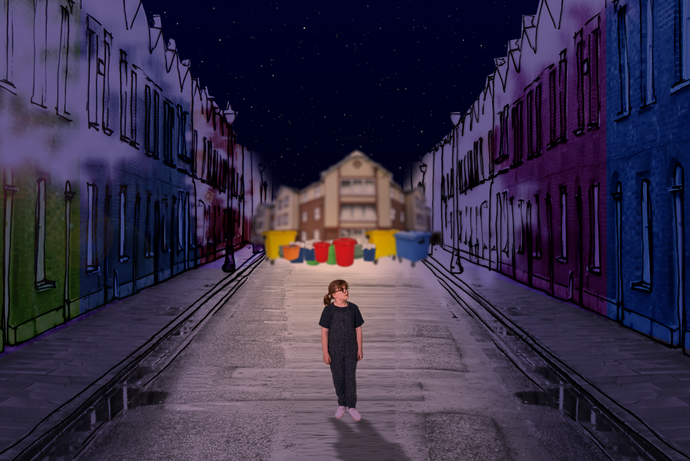 VOPERA, founded and directed by Rachael Hewer, is a one of a kind project involving over 135 freelance creatives. Musicians from the London Philharmonic Orchestra collaborated with Zoom-auditioned singers to create a virtual performance of Maurice Ravel’s one act opera L’Enfant et les Sortilèges.

This wonderfully imaginative work tells the story of a cross child, who after being punished, takes her frustration out on the objects around her. The household objects then spring to life to torment the child until she eventually reaches out in kindness. Ravel’s playful score mirrors the fable-like plot, and in this digital creation it is made even more magical by the use of hand-drawn costumes and sets.

Once each vocal part was individually recorded, a handmade green screen was used to project animated backdrops and costumes on to body double actors. These designs are drawn with an extraordinary attention to detail, and the subtle imperfections of the hand-drawn lines add to the sense of childlike charm.

The edited singing heads may seem a little unusual at first, but the performers nevertheless commit to their roles, singing with captivating expression and clarity. And considering each vocal part was recorded individually, the sense of ensemble is astonishing. Even in the most climatic moments the orchestra, soloists and chorus remain comfortably blended.

Beloved characters from the original libretto, such as the clock, tea pot and Chinese cup remain, however many of the roles have been adapted to incorporate more current references. For example in the Aria Ah! C’est elle!, the part of the princess is replaced by an NHS nurse. And the role of the ‘little old man and numbers’ is instead performed by an energetic newsreader, surrounded by facts and figures.

L’Enfant et les Sortilèges has always been loved for its magical plot. However this creatively adapted performance has made it more enchanting than ever. Not only is this film an example of beautiful performance and design, but of the arts’ ability to triumph against adversity.