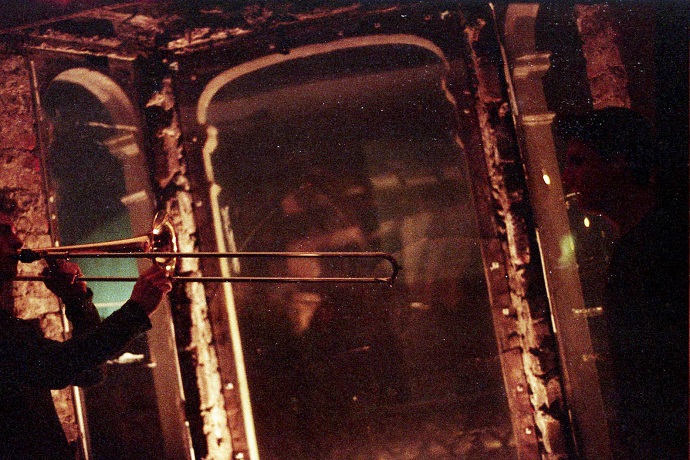 By the middle of Bastard Assignments’ complex nine-part show, we had already witnessed music created from boxes and rape alarms. Buttered toast and adult toys were still to come. But then, this group makes an asset of eccentricity. So far they have commandeered basements, balconies, living rooms, as well as an asylum in Peckham and Rotherhithe Tunnel Shaft. This show, the third and final night in their Fresh and Clean series, unfolded in a Brixton basement, where the lack of a separate stage created the sense of visiting an art gallery as the audience moved from one performance space to the next.

Fittingly, Bastard Assignments scored high on spectacle. As well as relying on found objects – in the tradition of American experimental composer John Cage – the show interpolated snippets of film and an appearance from guest performer Jennifer Walshe, who unleashed a torrent of bizarre sounds while continually prancing around. It was thrilling to watch and fully justified the claims of the groups’ founders, Edward Henderson and Timothy Cape, who describe their work as ‘music that goes beyond music’.

But that was also the evening’s downfall: lacking melody, chorus or even a variety of notes, the music went so far beyond music that you wondered if it was music at all – at least of a type that would engage the listener. After all, there’s only so much joy to be had from two hours of listening to long bass chords. That said, Bastard Assignments certainly encourages an alternative way of understanding music: as a cleverly constructed world of sound art.