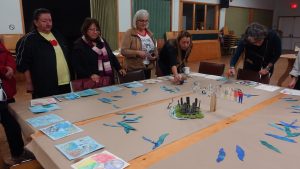 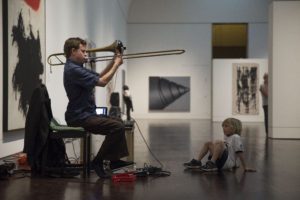 The Blanton Museum of Art is a hub for new and experimental music in Austin. For six seasons, the SoundSpace series has offered new music that has been ambitious (John Cage, Pauline Oliveros), affordable ($9/ticket), and popular (it draws 700-900 visitors per performance). In early June, local performers spread throughout the gallery and perform new music written by and about political refugees.

3.Music in Time: Lecture on the Weather, Charleston, South Carolina

Lecture on the Weather is a multimedia work by John Cage, in which he combines texts by Henry David Thoreau, recordings of nature, and visual projections to explore environmental and social issues. Here, it is presented with Canadian composer Anne Southam’s experimental percussion work Natural Resources, or, What to Do Till  the Power Comes Back On. 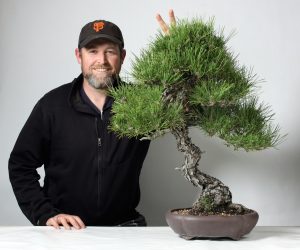 In their ‘Soundings’ concerts, the Del Sol String Quartet performs a single work by a contemporary composer alongside curated art by a local visual artist, followed by discussion among the musicians, artist, and audience. At this event, they perform Caroline Shaw’s ‘Entr’acte {a minuet and trio}’ with bonsai art by Eric Schrader, president of the Bonsai Society of San Francisco. 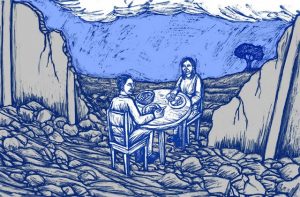 Shadow puppetry is an ancient storytelling form. Artist Erik Ruin has created an intricately carved paper artwork that portrays epic narratives, including scenes from the works of Homer and Dante, on a scroll that is over 100 feet long. He unfurls his work across an over-head projector, accompanied by a live soundtrack by Ruin’s large Philly-based music group, The Ominous Cloud Ensemble. 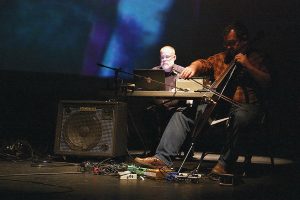 This multimedia performance of sound, digital art, visual art, and spoken word is a yearly staging of LGBT and post-gender-identified art at the Sonic Circuits Festival. 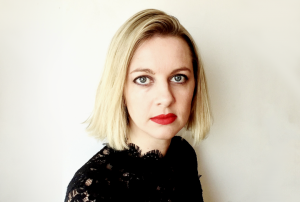 Landays are Afghan women’s folk poems, aphoristic couplets traditionally sung to the beat of a hand drum. Women continue to share and write landays, in private, despite the risk of violent retaliation form the Taliban. In this song cycle featuring soprano, electronics, and chamber ensemble, composer Gemma Peacocke offers music adapted from contemporary and traditional landays—often about love, grief, and war—while displaying onstage the clandestine, intimate ways women have shared these poems among each other via cell phones and radio broadcasts. 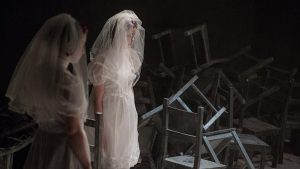 The LA-based Wild Up ensemble stages an opera for contemporary female voice called Tragedy. Based on Euripides’ Hippolytus, the work responds to the present political moment by exploring shame, loss of empathy, and self-destruction under oppressive powers, using melodic songs, found sound, and atmospheric music.

The youth of San José perform scenes from their lives as a rap-infused opera. It is the culmination of a free writing workshop led by beat boxer and rap artist Carlos Aguirre and soprano Alexandra Sessler and held at MACLA and the city’s Juvenile Hall. For a semester, they taught students about opera and rap and guided them in telling their own stories, focusing on the socioeconomic realities facing San José youth. 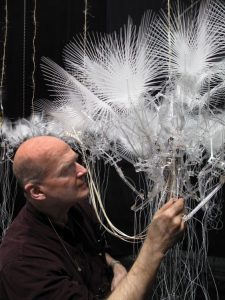 The Isabella Stewart Gardner Museum houses a celebrated collection of European, Asian, and American art in a 15th century-style Venetian palace with a garden courtyard. Listen Hear, a sound art installation running until September 9, features seven on-site sound works and two off-site pieces of public art that are meant to offer visitors an alternative experience of the space and its surrounding neighbourhoods. 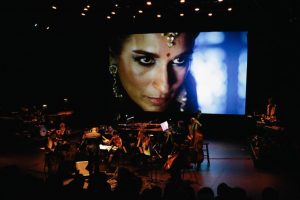 11.Radhe Radhe: The Rites of Holi and The Rite of Spring, Banff, Alberta, Canada

Composer and pianist Vijay Iyer and filmmaker Prashant Bhargava have created Radhe Radhe to explore the connections between Stravinsky’s Rite of Spring and the Hindu festival of Holi, a colorful, lively celebration of spring. At Banff, the film is screened to a live performance by Ensemble Evolution and Iyer. 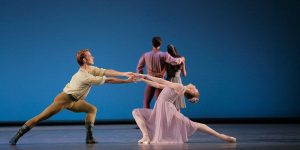 In his 1969 work Dances at a Gathering, choreographer Jerome Robbins set 18 of Chopin’s mazurkas, waltzes, and études to ballet dance. Now the New York City Ballet presents Robbins’ work alongside Balanchine’s Duo Concertant, set to Stravinsky, and In Creases, by choreographer Justin Peck, set to music by Philip Glass.