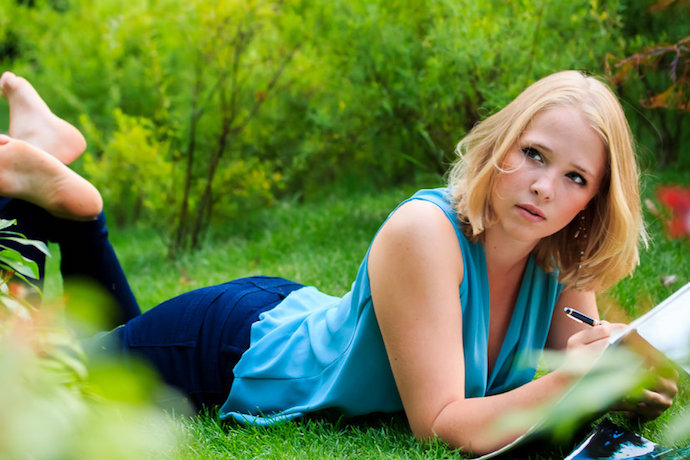 ‘I was winging it,’ admits Dani Howard, reflecting on her first full-length opera. Most of the 25 year-old composer’s music lasts less than fifteen minutes. Argentum, one of her best-known pieces, is a rush of busy, flurrying strings peppered with playful bursts of brass. It’s over in seven.

Then The Opera Story commissioned her to compose 90 minutes of music for their modern retelling of Robin Hood. For someone who can’t start a composition without having plotted an ’emotional timeline’ of its major dramatic moments, this was a ‘huge challenge’: ‘I couldn’t mentally hold a space to think about an emotional timeline for 90 minutes. I had to break it down into acts, scenes, even single stanzas.’

There’s a tendency to regard young orchestral composers as prodigious fonts of creativity. Howard is more candid about her creative process. Sometimes she was ‘too tired’ or simply ‘not in the mood to do anything creative’. At those moments, she would tick off technical tasks such as notation or practical considerations like articulation.

Hearing an orchestra play your music for the first time can be daunting – especially for a young composer competing not only with talented peers but the cream of the classical canon. ‘Every composer that musicians have played their whole lives has been the best composer of their era. Of course at 17 you’re not going to be writing great pieces unless you’re a prodigy, which I wasn’t.’

Performers are basically athletes. You don’t pick up a violin aged 25 and say “I want to be a concert violinist.”

Howard finds assurance in listening to artist’s early works – ‘the ones they don’t count, before opus one’. Having a rich musical education also helps. Howard grew up in Hong Kong with English parents. Her first instrument was a drum kit – a bold gift for a six-year-old living in an apartment. Howard was taught cello by the principal cellist of the Hong Kong Philharmonic before learning piano and guitar. Her policeman father exposed her to ‘classic 70s and 80s pop like Billy Joel & Elton John’, while her mother’s community charity YRock provided opportunities to play in teenage bands as a multi-instrumentalist or ‘filler-in’.

Howard is not only an accomplished musician. As a teenager she became the first non-Chinese member of Hong Kong’s national basketball team. Despite speaking no Cantonese (the international school Howard attended only taught Mandarin) and being told to leave on her first training session because people didn’t believe she was a permanent resident, Howard established herself as the inside forward in a championship winning team. The experience taught her discipline and focus: ‘I think music and sport go hand in hand – especially for performers. Performers are basically athletes. You don’t pick up a violin aged 25 and say “I want to be a concert violinist.”‘

Howard never deviated from her ambition to be a professional musician. At 17, she moved to London’s South Kensington to study at the Royal College of Music. Howard credits her composition teacher with instilling in her some much-needed self-belief: ‘He changed the whole way I thought about music. He was more like a philosophy teacher.’ In a scene out of a wholesome coming-of-age film, Howard recalls one formative lesson where her teacher urged her to scream: “I AM A COMPOSER” from the college’s top floor at the Royal Albert Hall opposite.

At RCM, Howard won numerous international competitions. Though she didn’t win the Antonín Dvořák competition, where entrants must create two pieces in five days, it taught her the most about her ‘toolbox’. ‘You’re basically locked in a room in the Prague Conservatoire for seven hours a day. There’s a bell telling you when time is up. When you’re under such time pressure you grab all the tools you have.’

Howard continues to expand her toolbox. She has collaborated with dancers and visual artists as well as being resident composer at an Italian music and poetry festival. As of November Howard works full-time as a freelance composer, having previously supplemented her income with engraving and nannying work.

Scoring film and TV shows keeps her busy. Howard’s impressive credits include assisting the orchestration of ITV’s Victoria, David Attenborough’s Dynasties and Netflix’s Dark Crystal (not yet released). She also works regularly with Bulgarian composer Mario Grigorov (Fantastic Beasts and Where to Find Them). And there’s more to come: commissions from an amateur Camden choir, the European Union Chamber Orchestra and the London Symphony Orchestra (“I’ve panicked daily”).

Howard’s success is partly down to streaming services. The Opera Story’s artistic director Hamish MacKay discovered Howard through YouTube, while the composer loves Spotify for giving performers the opportunity to compare different recordings of the same piece and for democratising classical music: ‘we never made any money anyway!’

Likewise Howard praises The Opera Story for ‘bringing audiences that have never seen opera before. They might then decide to see a full-blown opera. It’s a stepping stone – though not in terms of quality.’

Robin Hood will be staged over two floors in the CLF Art Cafe in Peckham’s Bussey Building; the acoustics of the spaces complementing the changing moods of Howard’s orchestration: ‘There are some short, crazy, extroverted moments. There are other very intimate moments.’ Though reluctant to define the opera’s style, Howard suggests ‘post-minimalism’ would be an accurate label (the distinction being that her music isn’t quite so repetitive).

While the Opera Story’s reinterpretation of the folk tale is themed around capitalism and the environment, Howard is reluctant to reveal details, explaining, ‘I’ve been to too many concerts where the composer talks about their piece for longer than its duration. It’s unbelievable. I just think “can we listen now please?” And then I listen to it and I don’t hear any correlation… The music needs to speak for itself.’