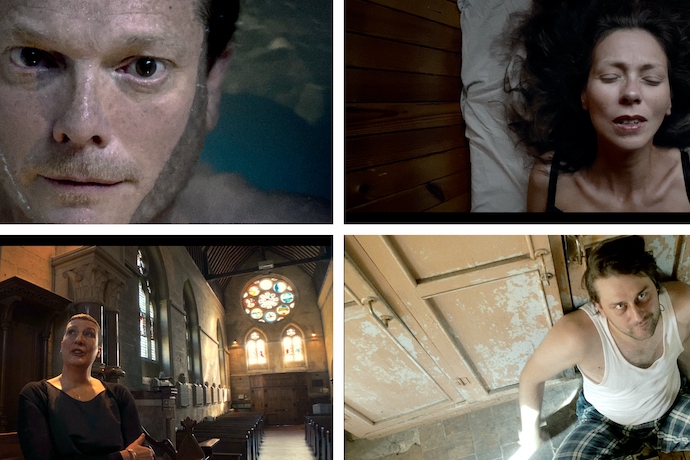 Eight Songs From Isolation is far from the only socially-distanced opera project to have been dreamt up this year. But it can certainly claim a number of other firsts. Produced by Oliver Zeffman and Billy Boyd Cape, it’s the first opera project of this scale shot exclusively on iPhones. And, while other projects have embraced a more homemade aesthetic, Eight Songs has gone big – Sarah Connolly, Toby Spence, Iestyn Davies and Julia Bullock are among the singers, in music from composers including Thomas Adès, Huw Watkins and Nico Muhly.

You only need watch the final credits to understand the scale of the ambition. The logistical feat is overshadowed by their commitment to artistry, though.  Eight Songs make a collection of pieces that expand out of the confines of their format.

Each song features an almost entirely different creative team and, in a collection so diverse, some voices naturally rise to the top. Adès’ Gyökér, a noir story for filmed on location in Hungary, is enchanting yet direct. Helen Grime’s Prayer is similarly focused, the piece’s warm clarity matching Sarah Connolly’s golden surroundings. The highlight comes in the most distant relationship though, with San Diego, Berlin and Shanghai coming together for Du Yun’s Every Grass A Spring. The piece carefully balances light and shade, as an isolated Shenyang projects over pipa and sheng accompaniment.

It’s the attention to detail that sets Eight Songs apart from similar projects. Lighting, most often natural, gives each scene its own feeling of isolation and introspection, which, whilst diminishing the piece’s overarching sense of story, does give each group ample time to make its statement. The camera angles lend a sense of dramatic engagement, and the instrumental playing and production are of the highest quality – the integration of snippets of videoed musicians into the final film really makes this feel like a collaboration.

And what has the potential to be a gimmick actually provides the work’s best artistic feature. The balance of uniformity and creativity afforded when a whole team are shooting on the same equipment means it’s an impressively consistent end-product. One of the most creative operas we’ve seen during lockdown.