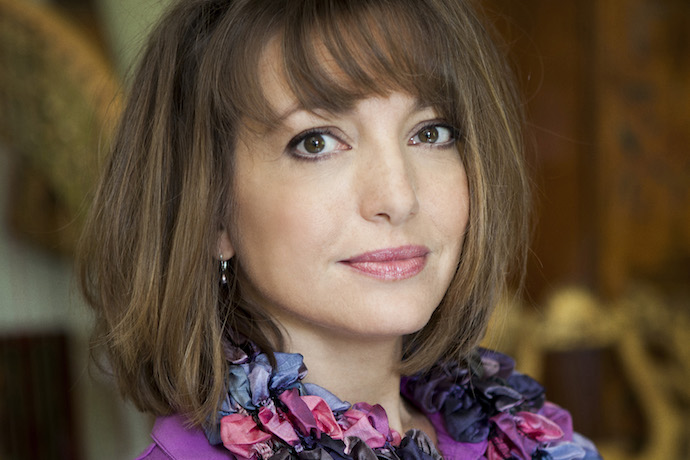 I am going to admit to something – I failed my English O’Level at school.   I had a wonderful English teacher at the time – Tim Williams.   Though I was hardly his star pupil, we stayed in touch and when I got one of my first major commissions as a professional composer and was stuck choosing some text, he was the person I turned to.   To this day, I continue to seek his advice for which I am eternally grateful – he has enriched my understanding beyond all expectations and been a rock for over three decades, not least in the birth of my Four Choral Seasons.

It was the spring of 1997 and the Royal Academy of Art commissioned me to write an anthem on spring for their Summer Exhibition Members’ Service.  I was so excited, a high-profile commission, my favourite time of year (and a new romance!) – the piece is imbued with this infectious excitement.  I am a Spring baby and in a former life I definitely came from warmer climes.  Tim suggested Gerald Manley Hopkins’ Spring – ‘what is all this juice and all this joy?  A string of the earth’s sweet being in the beginning in Eden Garden.’   It immediately appeals to the senses with a text rich in onomatopoeic words such as lush, thrush, rush, brush which lend themselves easily to music.    It has all the freshness and innocence of first bloom.  I couldn’t resist using sumptuous bluesy harmonies for ‘The descending blue; that blue is all in a rush/With richness.’

I have always longed to complete a set of Four Seasons for choir.  Vivaldi’s most famous work of that title has inspired quite a few instrumental works but not so many for voice. It was another 12 years until the Waynflete Singers commissioned ‘A Summer Wish’, and asked me to orchestrate ‘Spring’ to go with it.  I chose Christina Rosetti’s poem not just because of the obvious musical references in it but also its languor and bittersweet atmosphere, which so suits my bitonal harmonic language. The ‘dew’ in the poem is the strongest musical feature, introducing each verse in little glistening runs and chiming beads on the harp and vibraphone.  There is a languorous feeling of heat and the slow, relaxed pace.

When David Hill and The Bach Choir approached me for a new work, I told them of my wish to complete my seasons and was delighted when they commissioned the missing two. The complete set will be premiered this week with the Philharmonia at the Royal Festival Hall on 17 October.

For me, it’s really important to understand for whom I am composing a new work, who they are, what they like and what they are seeking for in a commission.   For the final two seasons – autumn and winter – I turned again to Tim who came up with a short list of possible poems.   I presented these to David Hill and the Bach Choir and they chose Shakespeare’s ‘Blow, blow, thou Winter Wind and Lawrence Binyon’s “Now is the time for the burning of leaves”.

In Binyon’s autumnal poem, the woodwinds often represent swirling and falling leaves against an almost ‘business-like’ string accompaniment as the sweeping and bonfire building commences. This is contrasted in the more subdued and slightly sadder 2nd and 4th verses as the emptiness of winter is anticipated – ‘The last hollyhock’s fallen tower is dust; All the spices of June are a bitter reek, All the extravagant riches spent and mean.’ Though there is decay and a finality in death, I latch onto that hint of a distant optimism in the final verse.

‘They will come again, the leaf and the flower, to arise

From squalor of rottenness into the old splendour,

And magical scents to a wondering memory bring;

The same glory, to shine upon different eyes.

Earth cares for her own ruins, naught for ours.

Nothing is certain, only the certain spring.’

I make the accompanying harmonies extra warm and full, at this point, to emphasise the promise of renewal.’

Often we associate the bleak winter with sadness, dying and loss but the bard’s poem is quite the opposite.  It’s fast, spikey and bright.   It banishes all the disappointments of life – ‘most love is folly’ ‘man’s ingratitude’.  It throws cares to the wind and relishes the frivolity of the festive season ‘Sing heigh ho! Unto the green holly’.

‘Sing Heigh ho’ has a natural lilt, up and down – it’s impossible to say heigh ho on the same note – it’s a fabulous long interval that drops away and brings the sense of a dance.   The music with a crescendo trill on holly, jolly, repeated eight times builds up to a joyous frenzy.  Love’s folly is depicted with a contrasting downward descent.   ‘As friend remembered not’ echoes away with diminishing ‘not, not, not, not’, the worries and tribulations drift away.   The movement ends on a whisper with the wind whistling through the choir.

Each season has its own distinct mood, probably accentuated by the two decades of working on this.  In the completed version of the song cycle, we start in summer and end in spring.   It’s wonderful to look back at this passing of time.   Above all, it will be a huge thrill for my compositional dream to come true with the exuberant singers of The Bach Choir.