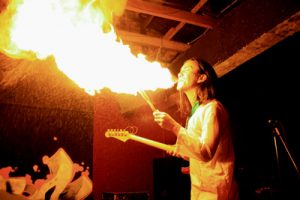 1. SoundOut Festival, Australia
It’s the ninth year of the annual SoundOut Festival, a celebration of improvisation, free jazz and experimental music from around the world, taking place in Canberra. With a programme fit to burst with artists, workshops and performances, there will be appearances from Norwegian free jazz drummer Paal Nilssen-Love, Malaysian electroacoustic composer Goh-Lee Kwang, saxophone ensemble Psithurism Trio, and many more surprise guests and collaborations.
Various venues, Canberra, February 3-4
soundout2018.blogspot.com 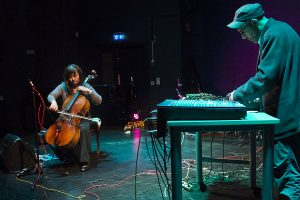 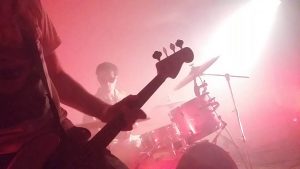 3. Noise Testament, Germany
The title of this festival is pretty self-explanatory. Hosted by experimental/extreme music curators Obnoxious Ouroboros, this infamous festival encourages you to ‘turn off, tune off, and drop dead’ with their selection of noise and left-field acts — only in Berlin. UUUU, a supergroup formed of members of such eclectic post-punk bands as Coil and Wire, will perform. There’s also twisted psychedelia from Carlton Melton, Norwegian drones from Nervøs, raw black metal from Orture, and filthy sludge from Fange. Perfect for those who need their ears cleaning out.
Berlin Urban Spree, February 9-11
noisetestament.facebook.com 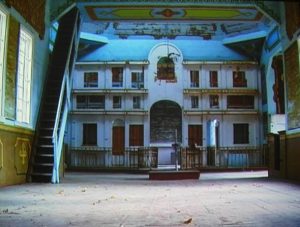 A still from Jacob Kirkegaard’s ‘Aion’

4. Jacob Kirkegaard: Void, USA
This is the first solo exhibition by the sound artist Jacob Kirkegaard, who blends spatial installations with sound sculptures and photography. On show will be his sonic sculpture homage to Kazimir Malevich’s abstract painting Black Square, as well as his photographs and field recordings of glaciers and melting ice in Greenland. His 2006 work Hotel Chernobyl also features, comprising a series of photographs taken inside the only hotel left in the Zone of Exclusion in Ukraine’s Chernobyl, accompanied by an audio-visual work, Aion, also recorded inside the Zone. There’s also an appearance from the artist himself, in conversation with curator Barbara London on February 11th.
New York Fridman Gallery, From February 11
fridmangallery.com 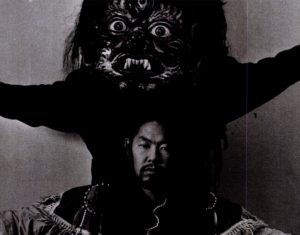 5. Unearthing the Music, Portugal
Unearthing the Music: Creative Sound and Experimentation under European Totalitarianism (1957-1989) occupies Lisbon’s Goethe-Institut this February, with two days of talks, concerts and screenings that document the experimental music made in countries that were members of the Iron Curtain. In the European countries that were subjected to the trauma of totalitarian rule, jazz, electronic and avant-garde music flourished as an underground movement. This free (yes, free!) event seeks to celebrate the forgotten artists and compositions that epitomised this musical resistance.
Lisbon Goethe-Institut, February 15-16
umcseet.eu