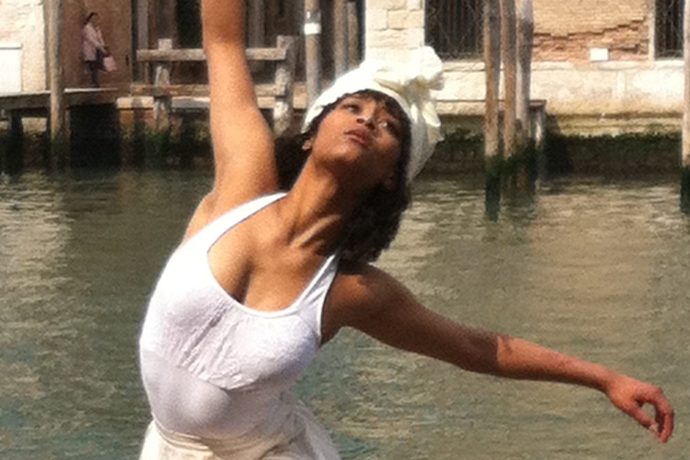 In the programme for this year’s 10th Anniversary Festival, the Tête-à-Tête company confidently calls itself ‘the future of Opera.’ It was fortunate, then, that Thursday’s three pieces presented so emphatically the enduring ability of performance to give voice to the marginalised.

Shirley Thompson’s The Woman Who Refused to Dance reclaims the story of a young woman who died after being beaten and hanged for refusing to perform for the captain of a slave ship – a travesty that would be later recalled by William Wilberforce in his fight for the abolition of slavery. The figure of the unknown woman was split between Nadine Benjamin, her voice carrying an intoxicating anxiety throughout, and dancer Tania Dimbelo, whose fluid shadowing of Benjamin presented the movement of a mind in a fatally constricted body. The accompaniment to this immersive retelling centred around a mournful trumpet, lending echoes of jazz-inflected melancholy, and exposing how this story is not an isolated instance of a past and future lost to cruelty, but one that pays testament to wider histories of racial oppression.

Death stayed in the air for the next performance – it was, after all, set in a morgue. Still, Op.64’s Deeply is equally a story of love and laughter. Therapist, Alina, falls for Pathologist, Lara, who feels the stories of the lives lost when she touches their bodies. These spirits (manifested, on the striking set, in the five cellists raised above the action and covered by flowing material) suffered various tragedies due to their queer identities in an unforgiving society. Whispering, resonant strings underscored this sensitive and poetic narrative (in Italian with surtitles), hinting at a more hopeful future for the lovers in what was the strongest piece from the evening.

Drawing the night to a close was the Belfast Ensemble’s spoken song-cycle, The Moot Virginity of Catherine of Aragon, which took us through the troubled life of this daughter, mother and Queen to two Kings. Clad in a white trouser suit and at one point grasping a microphone lowered cinematically from the top of the stage, Abigail McGibbon realised the character with an ebullient, virtuosic performance. Meanwhile, the tempered accompaniment allowed her to make the most of the spotlight. With a prologue referencing the piece’s unavoidable parallels with the EU referendum, this was a final and emotive affirmation of how old forms might continue to resonate with the concerns of today.

The Tête-à-Tête Festival continues until August 13 in venues around Kings Cross.