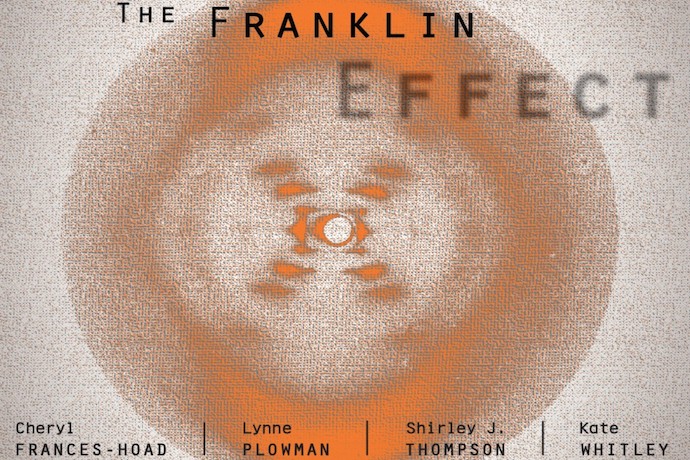 Music and science are said to be irreparably divorced, so Electric Voice Theatre’s project to bridge the gap is a commendable one. The Franklin Effect centres on Rosalind Franklin (1920-58), the X-ray crystallographer whose Photograph 51 identified the double-helix structure of DNA which Dr Francis Crick and Professor James Watson ‘took’ as the basis for their Nobel Prize-winning research. This and Franklin’s untimely death meant her contribution was long neglected, so making these pieces was a welcome act of restitution aside from their musical merit.

The composers were each assigned a (female) scientist who influenced their music to varying degrees. That this sequence is subtitled ‘a set of variations on the theme of Rosalind Franklin’ only underlines the extent to which the individual works function as an integral entity akin to the DNA molecule. Photo 51 finds Cheryl Frances-Hoad writing four miniatures on the game-changing discovery (and its ownership) in music of stark textural contrast, while K-Ras finds Lynne Plowman unfolding this genetic code with resourceful use of Medieval and Bulgarian vocalisms. Life Sequences is Shirley J. Thompson’s engaging discourse about cell replication and randomness, its relative expanse at a remove from Kate Whitley’s Theories of Quantum Mechanics, a theme and five variations of laconic wit.

These works are followed by an additional Whitley miniature, alongside three pieces by EVT director Frances M. Lynch, whose pert if didactic humour finds the necessary contrast in her atmospheric soundscapes. These act as prelude, interlude and postlude to an overall sequence compact enough to be listened to uninterrupted. In the lineage of such innovative ensembles as Vocem, Electric Phoenix and those numerous outfits fronted by Ward Swingle, Electric Voice Theatre sings with precision, flair and real enthusiasm.

Vividly recorded and copiously annotated, The Franklin Effect (mentored by no less than the Master of the Queen’s Music, Judith Weir) is a valuable commemoration of this wrongly overlooked scientist and a significant addition to the enterprising catalogue of First Hand Records.