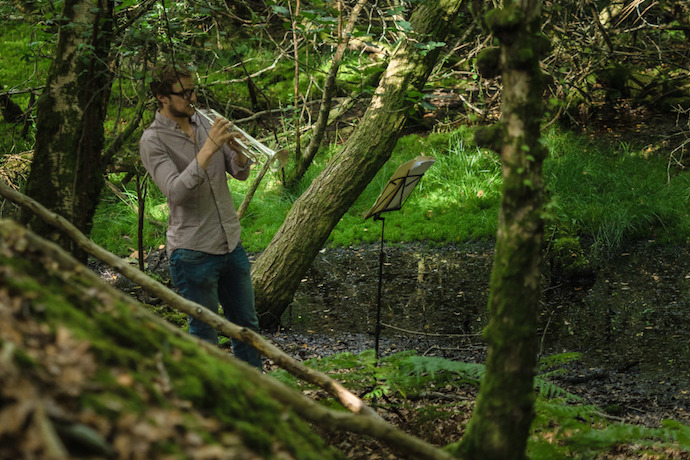 When you listen to a concert, or perhaps perform yourself, how aware are you of the space around you? It’s something that’s often overlooked according to Richard Bullen, a young composer who has already created an astonishing variety of work, along with winning a BASC British Composer Award in 2011. His intricate musical projects bring together music, theatre, film and space, constantly experimenting with new ways to experience live performance.

Growing up in a family of musicians, Bullen took up the piano at an early age and soon started to improvise and compose. He first caught the attention of the national press as a student when his piece Walpurgis Night won the University of Birmingham COMPASS prize. The title comes from German folklore: the night on which witches consort with the devil in the mountains. It’s the first sign of Bullen’s fascination with the Gothic, which runs through much of his work.

Sound is a haunting, a ghost, a presence whose location is ambiguous and whose existence is transitory

In 2008 Bullen earned a prestigious scholarship at the Dartington International Summer School, where he was taught by the late Sir Peter Maxwell Davies. ‘Before I met Max I was only interested in contemporary music. I didn’t realise until that point that it was OK for a composer in the 21st Century to be interested in Medieval music, art or architecture – all the things that Max was fascinated by. He made me think about music more as a total art form that embraced all the other art forms.’ 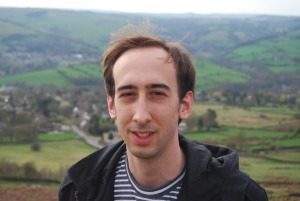 Bullen’s wider interests – theatrical performance and Gothic novels in particular – soon found their way into his work and are part of what makes him such a compelling composer. Many of his ideas about interdisciplinary music were formalised in his PhD ‘Towards a Resonant Theatre’, completed at the Royal Academy of Music with David Sawer. It functions as a kind of a manifesto for his work; in it he describes his aims ‘to explore the musical, architectural and historical resonances of a given space’ and ‘to transform the building into a hyper-instrument and to illuminate the edges with sound.’

A good example of how this might work in practice is Bullen’s first collaboration with clarinettist Anna Hashimoto: Hanamichi. He recorded Hashimoto blowing through every part of the clarinet and in concert played this back through surround sound speakers: ‘it’s like you’re inside the resonating body of the clarinet.’ As the pre-recorded music played, Hashimoto walked around playing the clarinet in the backstage areas of the hall, highlighting another of Bullen’s interests: the ‘spooky’ quality of music that comes from an unseen source.

Hanamichi refers to an extra stage section in Japanese theatre, another reference to theatricality in Bullen’s body of work. I ask the composer how he would define theatre and his answer is unconventional but undoubtedly accurate. ‘Fundamentally, it’s about affecting the audience in a very powerful way,’ he says. ‘When they leave the performance they’re still thinking about it. They could only have had that experience by coming to the live show.’ Theatre for Bullen is something that could only have happened within a particular space. There are some fascinating videos on his YouTube channel, but they can only tantalisingly hint at what it must have been like to have been there on the night, encircled by live music resonating throughout the building. 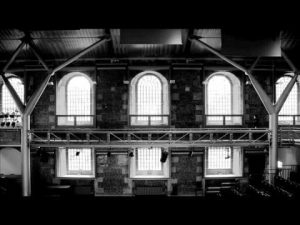 A still from The House of Asteria

One of Bullen’s most memorable works is The House of Asteria, a collaboration with mezzo soprano Lore Lixenberg. The piece was partially modelled on a Jorge Luis Borges short story ‘The House of Asterion’, in which the reader gradually discovers the narrator is none other than the Cretan Minotaur. It’s a truly immersive piece which utilises three levels of the Grade 1 listed LSO St Luke’s church. ‘I was trying to put the audience into a real-life Gothic novel,’ Bullen explains. ‘When you first hear Lore she’s a couple of flights down the stairs in a remote part of the building. She’s screaming, and from afar you still hear the intensity of the scream. It’s bloodcurdling.’ This interest in the Gothic is crucially integrated into Bullen’s ideas about sound, space and resonance. He quotes from David Toop’s book Sinister Resonance: ‘Sound is a haunting, a ghost, a presence whose location is ambiguous and whose existence is transitory. The intangibility of sound is uncanny – a phenomenal presence in the head, at its point of source and all around.’

Furnace Music, Bullen’s latest project, involves ‘walking a path through the woods and hearing sounds far off’ in Furnace Wood, Sussex. It’s another sign of Bullen’s restless innovation in the hunt for new spaces to explore through music. The piece premiered last year and he was thrilled with the results. ‘In a forest, because of all the trees and the shape of the land, there is still an acoustic there – it’s not like an open field. It sounded really great, really clear but mysterious because you couldn’t really see the players behind the trees.’

If Bullen has one overarching aim with his music, it is to make listeners ‘more aware of their surroundings, where sounds are coming from and how the acoustic is affecting the sound.’ Along with his friends and contemporaries Samuel Bordoli and Freya Wayley-Cohen, Bullen is part of a group of artists foregrounding performance spaces and dramatically exploring them. His art can only truly be appreciated live, so aside from taking a look at his YouTube channel, there really is no alternative but to book a seat in Bullen’s theatre of resonance.