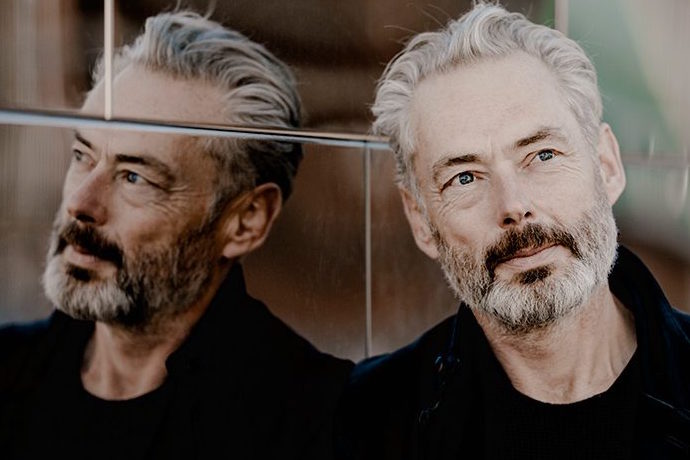 Songs. If there were a chemical formula for them it would surely consist of n parts of words and y parts of notes. There would be other elements too but these would be the intertwining core. Singer Mark Padmore and academic Kate Kennedy will be leading a fascinating study of this marriage of words and music during this year’s Aldeburgh Music Festival.

But is it a marriage in need of guidance? Possibly, in the view of both Padmore and Kennedy. The former in his programme notes cites the following from poet Don Paterson:

‘The musical setting of poems is almost invariably a redundant or destructive exercise resulting in either contradiction of the original poetic music, or its melodramatic duplication – an exercise akin in Valery’s perfect and perfectly damning formulation to ‘looking at a painting through stained glass’.”’

This sounds like the moment in a relationship when crockery might begin to fly across the room but Padmore in his role as Relate counsellor, along with co-counsellor Kennedy is going to dialogue with Paterson and 3 other distinguished poets, Fiona Sampson, Lavinia Greenlaw and Patience Agbabi. I for one cannot wait, not because of the expectation of conflict, but because of the potential of some creative collaboration and insight.

Because of course, poets and composers are in the same game: ‘De la musique avant toute chose’ was the cry of poet Paul Verlaine. Or try this line that I found in an essay by Irish Poet Dennis ODriscoll:

‘Poetry is music set to words.’

I would be really pleased if a composer to chose to set some of my work. There is no threat to the poem – it already exists!

Harmoniously though? Kennedy refers to the author Mark Booth who sternly requires the words that are to be set to music  ‘to be robust and possess an internal discipline to maintain integrity in their co-operation and competition with the music.’ Yes, sir. I note the ‘competition’ there. But if he sounds like ‘hard cop’ in this enquiry listen to this by Suzanne Langer, also quoted by Kennedy:

‘Song is not a compromise between poetry and music, though the text taken by itself is a great poem; song is music… When a composer puts a poem to music he annihilates the poem and makes a song.’

What will the poets think of that? We will have to wait and see, but I sense that many poets might actually agree. What is clear is that Mark Padmore, consummate performer as he is has a vision for lieder or art-song as a true symbiosis of words and music producing wonderful and distinctive works of art. He feels that the poem can get metaphorically drowned out by the virtuosity of composer and/or performer and wants to see – in this year’s programme, greater emphasis to responding to ‘the poem’ itself. As he says in his notes:

‘A great song leads us to think more deeply about a poem – to hear a harmony and feel its rhythm. It can also make the whole thing more memorable and more easily transferable from one person to another. What  is vitally important is the focussing of attention.’

Speaking as a poet myself and an enthusiast for poetry above other art forms, I would be really pleased if a composer to chose to set some of my work. There is no threat to the poem – it already exists! And there is a possibility of a new artist addressing the poem and discovering something in it that I had not seen. Creative collaboration is the norm in most artistic spheres and what results is a new artwork. This is all very obvious if you look at the work of our pre-eminent national poet, Shakespeare. His ‘poetry’ is with some wonderful exceptions designed to be spoken by actors – usually by specific actors whose skills he knew intimately and which he was happy to ‘showcase’.

What I would hope to hear in these dialogues is some practitioners’ thoughts about what works well in the medium of song. Why is it that AE Houseman sets so beautifully, for instance? Padmore could think of only one successful setting of a Shakespeare sonnet – Britten’s version of Sonnet 43. That sounds like a challenge if ever I heard one.

Both Kennedy and Padmore are really to be applauded for attempting this exploration. I will be there to listen to these discussions and performances notebook in hand, pen poised, ears open.

Over the course of four Poetry & Music events at the Aldeburgh Festival (beginning June 14th), writer, broadcaster and performer Dr Kate Kennedy is joined by leading poets to discuss the texts set by Britten in his song cycles Winter Words (Thomas Hardy), The Holy Sonnets of John Donne, Songs and Proverbs of William Blake, and Who Are These Children? (William Soutar). The discussions are followed by performances from Mark Padmore, Roderick Williams and pianist Andrew West.