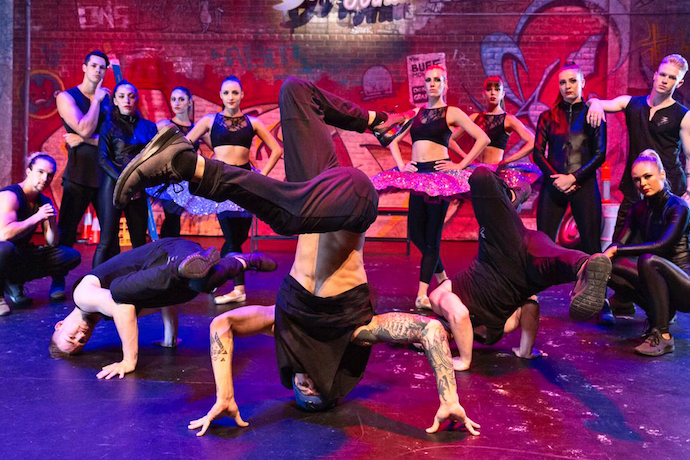 Has the divide between art forms ever seemed so insignificant? Nearly two decades into the 21st century, we’re seeing boundaries melting before our eyes as art, music and dance merge and collide in works that honour each medium yet create something entirely new. When US choreographer Pam Tanowitz and her company visited the Barbican last week for their first ever UK performances, we witnessed, in Four Quartets, a live reading of TS Eliot’s poetry by the veteran actor Kathleen Chalfont, a new score for strings and harp by Kaija Saariaho performed live, vivid and transporting canvases by artist Brice Marden and exquisite movement – at times Cunningham-esque, at others uniquely Tanowitz – from nine magnificent dancers.

And within each art form itself, we’re seeing the same thing happening. In classical music, soprano Renée Fleming is singing jazz, early music pioneer Jordi Savall is embracing world and folk music, and the Kronos Quartet has just added a project with two Iranian singers to its already long and diverse list of collaborations. In the ballet world, meanwhile, English National Ballet is commissioning works from Akram Khan (Giselle) and performing Pina Bausch’s seminal Rite of Spring, and the Royal Ballet is premiering works by Hofesh Shechter (Untouchable) and Crystal Pite (Flight Pattern). And let’s not forget the Royal’s resident choreographer Wayne McGregor, who continues to work alongside today’s architects, sculptors, installation artists, fashion designers and rock musicians.

On paper, then, Beats on Pointe, from Australian dance company Masters of Choreographer, makes perfect sense. Its concept of fusing the styles of hip-hop and ballet – and also bringing in elements of beat-boxing, singing and rapping – plays on the fluidity we’re seeing in the theatre and on screen, and showcases the exceptional diversity of today’s performers. We’re used to seeing dancers on TV shows like Strictly Come Dancing waltzing elegantly around the ballroom one minute, and then dancing barefoot contemporary routines the next, and it can be thrilling – even if we do take it for granted. Hip-hop and ballet are not, however, natural bedfellows. As Jennifer Masters, the show’s director, producer, writer and director of choreography, says: ‘It can be difficult for both a ballet dancer and a hip-hop dancer to convert styles as both are trained very differently. Ballet dancers focus on alignment and posture, and hip-hop dancers focus on feeling grounded to execute those hard-hitting movements.’ 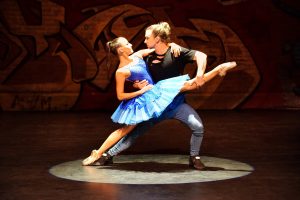 And therein lies the problem. The 13 dancers in Beats on Pointe are terrifically talented (Masters calls them ‘dance athletes’, and rightly so) – there are acrobatics aplenty, astonishing displays of flexibility and stamina, and we even get to see the Dance Team Captain Taylor Diamond-Lord perform a complex drum solo on some dustbins (remember Stomp?) – but it’s clear than no one has made ballet his or her specialist area of study (unlike, say, hip-hop extraordinaire Oriana Siew-Kim, who is so good in her field that we don’t care that she steers clear of the ballet numbers). Georgia Mae Rutland nails her pirouttes à la seconde, as does Brodie Chesher his fouetté turns (he also has the best épaulement of them all), but others struggle with the technical rigour of the more demanding ballet routines.

It’s a pity that the narrative established at the beginning – a ‘dance-off’competition between the two dance styles – doesn’t continue through to the end of the show. Instead, Beats on Pointe is essentially a succession of set pieces (accompanied by colour-popping costumes), alternating ballet with hip-hop, and sometimes combining the two. But while the ballet, including contemporary/lyrical, is limited to a fairly conventional choreographic vocabulary, the hip-hop encompasses a far more diverse range of styles (reflected by there being two choreographers for the show, one for hip-hop and one for street). The hip-hop incorporates krumping, locking, popping (Jamane Virdo – excellent) and breaking (Burak Cagin – jaw-dropping), while the street has a more commercial feel to it – the slick homage to Janet Jackson’s Rhythm Nation is a standout.

The most convincing example of ballet/hip-hop fusion is during Eminem’s Lose Yourself when, instead of dancers morphing from one style into another, we see a ballerina centre-stage, performing en pointe, flanked by two hip-hop dancers. Each is true to his or her own style, but both are propelled by the driving rhythm of the music.

The show’s soundtrack is described by Masters as ‘a mix of old-school and modern tracks with an upbeat, feel-good energy’, and she’s not wrong. From Chaka Khan’s I Feel For You to Bell Biv DeVoe’s Poison, every song is hummable and gets the audience grooving (there’s plenty of audience participation throughout). But while it’s fun to see ballet danced to this music, wouldn’t it also have been a good idea to challenge the hip-hop dancers with something classical? What’s more, the consistently upbeat nature of the music can be relentless, and the occasional moments of calm – the Theme from Elgar’s Enigma Variation, Bach’s Cello Suite No 1 – are unnecessarily ‘funked up’. Tchaikovsky’s Dance of the Cygnets provides a welcome change of gear, but it’s a shame that the sole male ballet dancer has to add a comedic, camp element (haven’t we moved on from those pre-Billy Elliott days?). What if Swan Lake had been danced in a hip-hop style? Now that would have been interesting.

Beats on pointe runs at the Peacock Theatre until June 16th