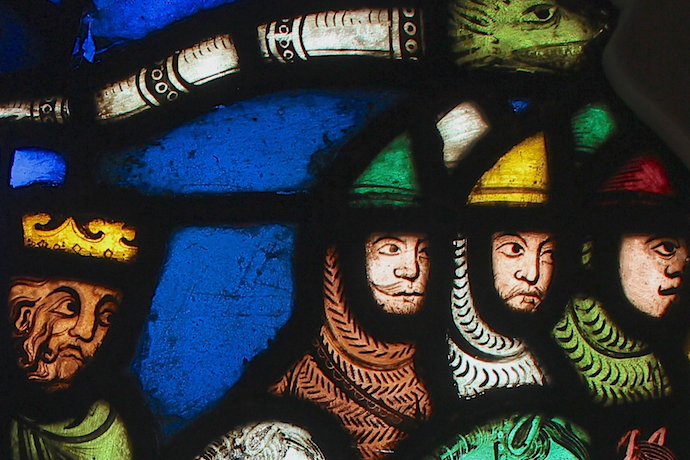 Jerusalem is ‘deeper than time’, as the poet Naomi Shihab Nye aptly writes. This presents quite the challenge for composer Mohammed Fairouz, who has devoted his latest work to the culturally rich, mysterious city. Al-Quds: Jerusalem compresses the many voices of Jerusalem into a song cycle inspired by Nye’s poetry. Premiered last month by mezzo-soprano Eve Gigliotti and the Metropolis Ensemble, it formed part of  the Met exhibition, Jerusalem 1000-1400: Every People Under Heaven, focusing on objects and manuscripts related to medieval Jerusalem.

I ask Limor Tomer, the General Manager of Concerts and Lectures at MetLiveArts, why it was commissioned. ‘We’re a museum, first and foremost, we’re not a performing arts centre,’ he says. Commissioning performing arts is ‘about either extending the exhibition to include performance, or challenging both the curators and the audience to extend their knowledge about the field.’ Before even deciding on a musical commission, he began a dialogue with Barbara Boehm and Melanie Holcomb, the Jerusalem 1000-1400 exhibition curators, in order to understand the major themes of the exhibition. Music — which, as Tomer says, ‘doesn’t respect boundaries’— suggested itself early on as the ideal art form to engage with these themes.

the live concert experience unites us and puts us a small step towards mutual understanding.

Jerusalem’s history is extraordinarily complex, and Fairouz, who has roots in Jerusalem, and a personal investment in and knowledge of the city, seemed to Tomer the ideal composer to mine this complexity. For two and a half years, Fairouz worked closely with the curators, developing their ideas along with his own. It was always the intention that the piece would include text, though the conversation about this took about a year. Setting older texts from manuscripts in the exhibition was considered, but ultimately Naomi Shihab Nye was commissioned to write a set of new poems specifically for Fairouz’s piece.

Andrew Cyr, the director of the Metropolis Ensemble, was also deeply involved in the artistic collaboration, which resulted not only in Al Quds: Jerusalem, but also the programming of it alongside Hildegard’s O Jerusalem and a selection of Eastern Orthodox chants. Cyr wanted to create ‘a concert experience that felt like a journey to Jerusalem in its many forms, including today’s’. The translation of the visual and spatial experience of an exhibition to the aural and temporal experience of music was an interesting challenge, and it’s a translation that seems to go both ways. Hildegard’s O Jerusalem, for instance, suggested itself to Tomer as soon as she realised that one of the exhibition’s major themes was the idea of pining for Jerusalem from afar. Hildegard, though far away on the Rhine, thought of Jerusalem as ‘the place that is closest to heaven,’ according to Tomer. 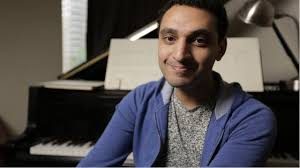 Of course, there is tension in the multiplicity expressed in the exhibition’s title, Every People Under Heaven. Though the focus of the exhibition is 1000-1400, I wondered if the commissioning of new music and poetry carry with it the challenge of connecting the many Jerusalems, past and present, and their conflicting ideologies. Cyr’s response was measured. ‘The deeper meaning of this concert-project that emerged for me personally is that despite all these real tensions, we as musical artists gather and play together, and people listen. As such, the live concert experience unites us and puts us a small step towards mutual understanding and compassion. This project reaffirmed my belief in the importance of the arts as a peaceful forum for expression, emotion, and the exchange of ideas.’