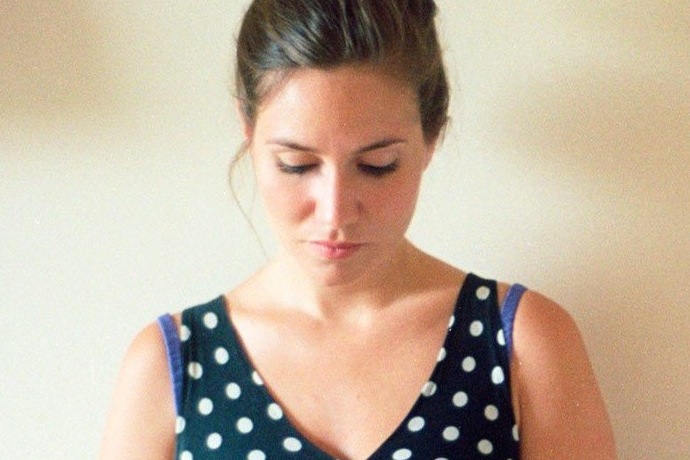 ‘In our organized time we’d be doing experimental music, learning about acousmatic music or collecting sounds from our environment to manipulate later, and then in our free time we’d sometimes hang out in squash courts overtone singing’. Listening to Freya Waley-Cohen describe her childhood experiences on the Walden School summer courses, it is clear that this is a composer who, from the very beginning of her musical education, was drawn to music at its most unconventional and eclectic. Now in her final year of study for a PhD at the Royal Academy of Music, Waley-Cohen continues to produce work which has lost none of the sense of aural wonder that was first kindled within the sports facilities of rural New Hampshire.

One of the most important characteristics of Waley-Cohen’s compositional approach is her concern for the human experience of her music. As she explains, ‘I believe that the situation in which the listener encounters a piece has a profound effect upon their perceptions of the music.’

‘Permutations’: one of Waley-Cohen’s current projects

Perhaps the clearest manifestation of this socially informed approach can be heard next month in Listenpony – a new music concert series which Waley-Cohen co-founded with fellow composers Josephine Stephenson and William Marsey after they graduated from Clare College, Cambridge in 2012. The series allows them to continue sharing their music with friends in a comfortable, sociable environment.

Waley-Cohen elaborates: ‘from the start with Listenpony we’ve stuck to a few basic principles. We always have three or four 20-minutes sets with intervals; there’s always a bar; people are never seated in rows but around café-style tables; and its never in a concert hall – so it has a very social vibe.’ Here the audience’s experience is of paramount importance: ‘For me, writing and performing music is a form of communication and you can’t communicate if there’s no listener. I think audiences sometimes feel too passive or too separated.’

Unsurprisingly Waley-Cohen’s desire to reconfigure the traditionally distant audience–composer relationship has found its way into many of her pieces. Glass, a composition for percussion ensemble which saw its premiere at the last Listenpony event, begins with the performers sitting in front of the audience waiting for them to make a sound – and then suddenly, the listeners become the listened to. When audience members sniff or cough or scratch their heads, the musicians latch on to it, taking these accidental noises as the composition’s germinal material.

people from other disciplines have different ways of understanding and talking about the way they create their work.

If in Glass the audience become co-composers, in Permutations, a work which Waley-Cohen is currently working on as part of her Aldeburgh Open Space residency, the audience become the performers themselves. In this collaboration with her sister, violinist Tamsin Waley-Cohen, and architects Finbarr O’Dempsey and Andrew Skulina, audience members enter a structure comprised of a large atrium with six doors, each leading to a small chamber containing a pre-recorded violin part. They are then free to move around the space, experimenting with the various acoustic ‘permutations’ created by opening and closing the doors, variously hearing the piece as solo violin, duet or full six-part ensemble.

According to Waley-Cohen, ‘the idea is that the structure and the piece become an instrument themselves – the listener is the performer of their own experience.’ She is quick, however, to highlight that writing pieces which aim to be accessible does not affect their quality: ‘The music doesn’t change – it’s not that I’m trying to write down to people so that they “get it”, but instead I try to organize the material in a way which allows them to engage with it more easily.’

Architecture isn’t the only other artistic discipline Waley-Cohen has worked with. A glance at her oeuvre reveals an array of collaborations with poets, animators, choreographers, photographers, and even a planned project involving a musical response to ikebana, the Japanese art of flower arranging. I ask Freya what it is that draws her towards this interdisciplinary compositional approach:

‘I love working with other people, and people from other disciplines have different ways of understanding and talking about the way they create their work. It pushes me in different directions and forces me to explore ideas in ways I might not otherwise have come across. Writing for these situations means that when I do sit down to write more ‘traditional’ concert pieces – which I often do, and love to do just as much as I love to write for the less traditional settings – I can draw upon the new ideas and techniques I’ve developed through working with other disciplines’.

Though many have lamented the so-called ‘crisis of proliferation’ the arts now find themselves in, it seems Waley-Cohen is an example of the great by-products such an over-saturated artistic landscape can produce – a composer who writes with eyes and ears open to the other arts and the audience they write for.