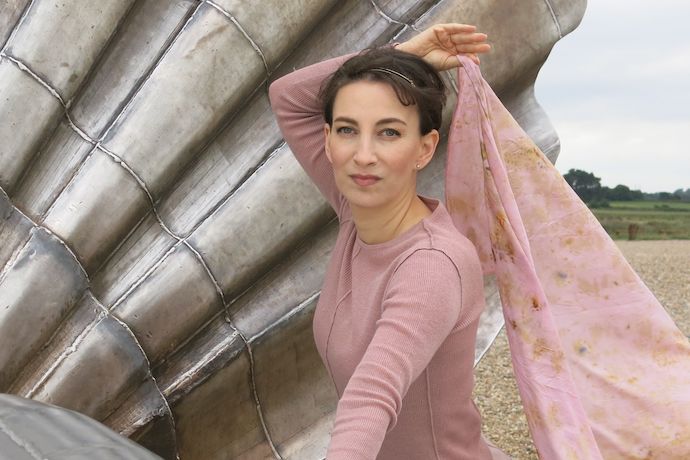 Benjamin Britten is a composer known for his devotion to the Suffolk coast. He set various operas in his home town of Aldeburgh, including the beloved Peter Grimes. When visiting America in 1941 Britten’s homesickness led him to begin arranging folksongs, which he continued to do until his death in 1976. The nostalgic arrangements have since been recorded several times, however never quite like this. In her new album Wild Song, soprano Marci Meth positions Britten’s songs between poetry by W.B. Yeats and electronic interludes by composer Mychael Danna. The inventive combination transports the listener to the heart of the Suffolk landscape—just as Britten intended.

While the presentation of Wild Song is highly original the songs themselves remain true to Britten’s writing. Simplicity is characteristic of folksong and Britten’s arrangements are mostly uncomplicated. However Meth’s clear enunciation and gleaming tone combined with Anna Tilbrook’s sensitively phrased accompaniments, makes their interpretation a carefully considered and beautiful one. Each short song tells a different story of life in the country, and Britten’s arrangements are equally individual. For example Early One Morning, a sweet lullaby-like song, is followed by the humorous lyrics and playful dissonance of The Brisk Young Widow.

The idea of alternating between music and poetry is taken from Britten himself, as his Aldeburgh festival programmes often combined the two art forms. Yeats poems reference themes of nature, love and loss, and create seamless transitions between songs. Nature is also the subject of Danna’s five short Interludes. The short works are spread across the album, setting the scene for the songs and poems to come. Danna combines electronics with timeless sounds of the countryside such as birdsong, howling winds and bleating livestock. Britten claimed that all his music came from Suffolk, and these natural sounds will have remained unchanged. Therefore despite the extreme differences in style between Danna and Britten’s work, the interruption of each interlude feels surprisingly natural. This album not only demonstrates  Britten’s arrangements at their best, but provides thoughtful insight into the inspiring landscape and lifestyle behind them.