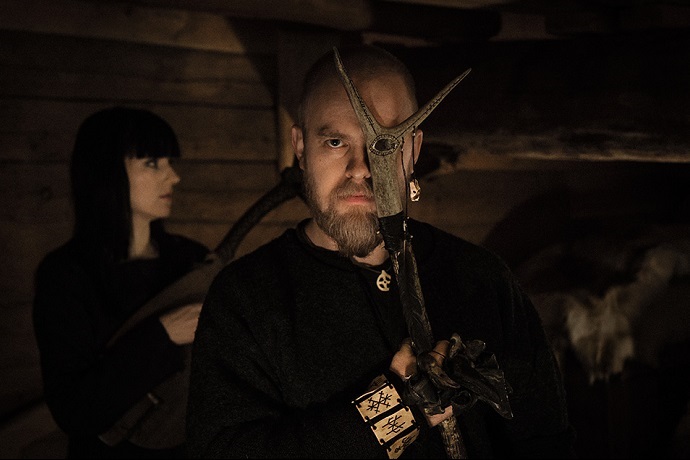 Looking at Einar Selvik, you’d think the Vikings were alive and well. This Norwegian is intensely blonde, statuesque, often pictured wearing chainmail, and his CV supports the image. As a composer and teacher he specializes in runology and ancient Norse instruments. Invading our shores in March 2016, he is to present a workshop at London’s The Forge, in which he will demonstrate his handmade early instruments.

However, according to Selvik, his intentions were never to make Viking music. ‘I don’t find the Viking age particularly interesting, and you can’t really say what music in the Viking age sounded like. The sources are very scattered and fragmented.’

What he does aim to do is create genre-defying works that entice everyone from metalheads to professors. He also wants to pay tribute to his Norse heritage, a heritage, in his opinion, that is sold short in his country. ‘People are almost ashamed of it: we have been served a picture through the eyes of Christian monks. But when you can look past the medieval propaganda, you see that we have a beautiful and unique history, left alone for a thousand years longer than the rest of Europe.’

When I interpreted the rune for “water”, I stood in the middle of a river whilst recording all the voices.

Despite not being taught much about Norwegian culture at school, Selvik developed a boyish fascination with its history through rural walking and storytelling with his father. ‘I had always been fond of nature and aesthetics, and my father was very familiar with the sagas, so when we were out [in the forest], he would tell me what had happened here a thousand years ago. This created a strong emotional connection to the past. In my teens, I became more serious; I wanted to understand it better because it’s a different way of thinking.’

The result was the creation of a musical language derived from runes and Nordic pagan beliefs.  It comes to the fore in Wardruna, a musical project started in 2003, which Selvik will also present at his London workshop. Exploring the ancient mysticism suggested by Elder Fulthark, the oldest of the runic alphabets, Wardruna draws on decades of research: ‘Runes can mean a letter (the phonetic aspect), a secret, knowledge of an esoteric nature, a song…’ explains Selvik. ‘Every time you hear a sound-word it can mean a number of things. We also know from sources and old poetry that runes also have a symbolic value.’ Selvik’s ambition is to get literally as close to those meanings as possible: ‘When I interpreted the rune for “water”, I stood in the middle of a river whilst recording all the voices. It’s about capturing that feeling.’ 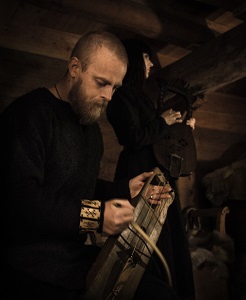 Historically informed: Einar Selvik with one of his Norse instruments

Selvik is not the only Norwegian artist to use runes as inspiration for his art; traditional music has a strong standing in Scandinavia. He, however, knows of no other composer who has delved into it with such dedication, using instruments dating from the Stone Age through to late medieval times, as well as language and natural soundscapes. He finds most of his inspiration while out walking, from the sounds of birdsong, breaking ice and crunching leaves. And his work often interpolates snatches of folk song.

Surprisingly though, he doesn’t prioritize historical authenticity: ‘I can’t put the “accurate” stamp on my music; I don’t think it’s very important to recreate.’ What is important then? Here I’m left with a typically poetic sound bite: ‘to sow old seeds and strengthen new roots; you can’t climb in a tree without them.’