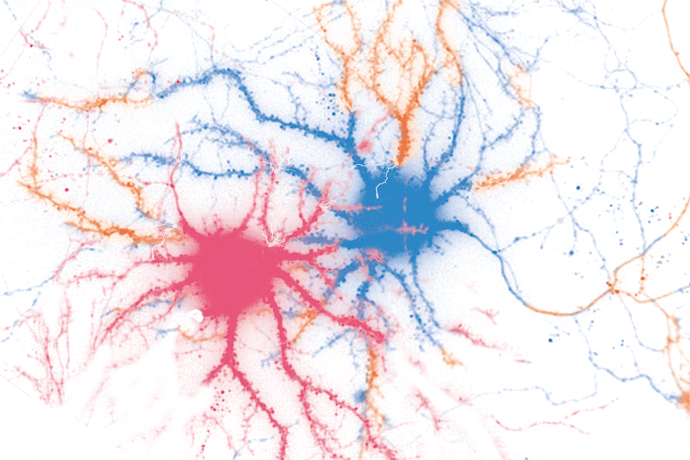 Closure of the Queen Elizabeth Hall has led the London Sinfonietta to find other venues, such as the Coronet at Elephant and Castle. A former theatre and cinema, and now a nightclub, this building, with its brutalist design, is 1970s London with a vengeance. The acoustic has a clarity suited to such complex scores as Enno Poppe’s Speicher, whose UK premiere opened London Ear 2016.

Poppe (b.1969) is well established among current German composers – his operas, orchestral and ensemble works often heard in western Europe, if less so in the UK. Speicher (Memory), written between 2008 and 2013, is certainly one of his most ambitious, its six parts lasting 80 minutes and all playable separately. Recent decades have seen numerous interdependent ‘cycles’, not least Les espaces acoustiques by Gérard Grisey and Seven Solos by Pascal Dusapin. Speicher most resembles Wolfgang Rihm’s Jagden und Formen in that it unfolds through a cumulative sequence of variations – here not on a theme but on a single (open-string) viola note, whose elaboration is underway from the outset of the gradually intensifying ‘Speicher I’.

From here the work proceeds through the brief though virtuosic scherzo of ‘Speicher II’, then the microtonally infused translucence of ‘Speicher III’, the remorseless dynamic and textural crescendo of ‘Speicher IV’ and visceral rendering of the initial music which is ‘Speicher V’. After this, ‘Speicher VI’ is not so much a coda as an extended apotheosis drawing all these variational ideas into a vibrant amalgam which does not so much conclude as tail off just when further transformations – as if initiating a whole new cycle – seemed within reach.

It was a tough assignment for listeners and even more so for the musicians, though the Sinfonietta rose to the challenge in a reading which reminded one of what this ensemble is capable when pushed. It helped that Susanna Mälkki, making a welcome return visit to London, steered this performance with the ‘bigger picture’ always in mind.

A memorable evening was also a touching one given that the Coronet is likely to be demolished before too long: the Sinfonietta’s performance here on April 3rd may well also be the last.