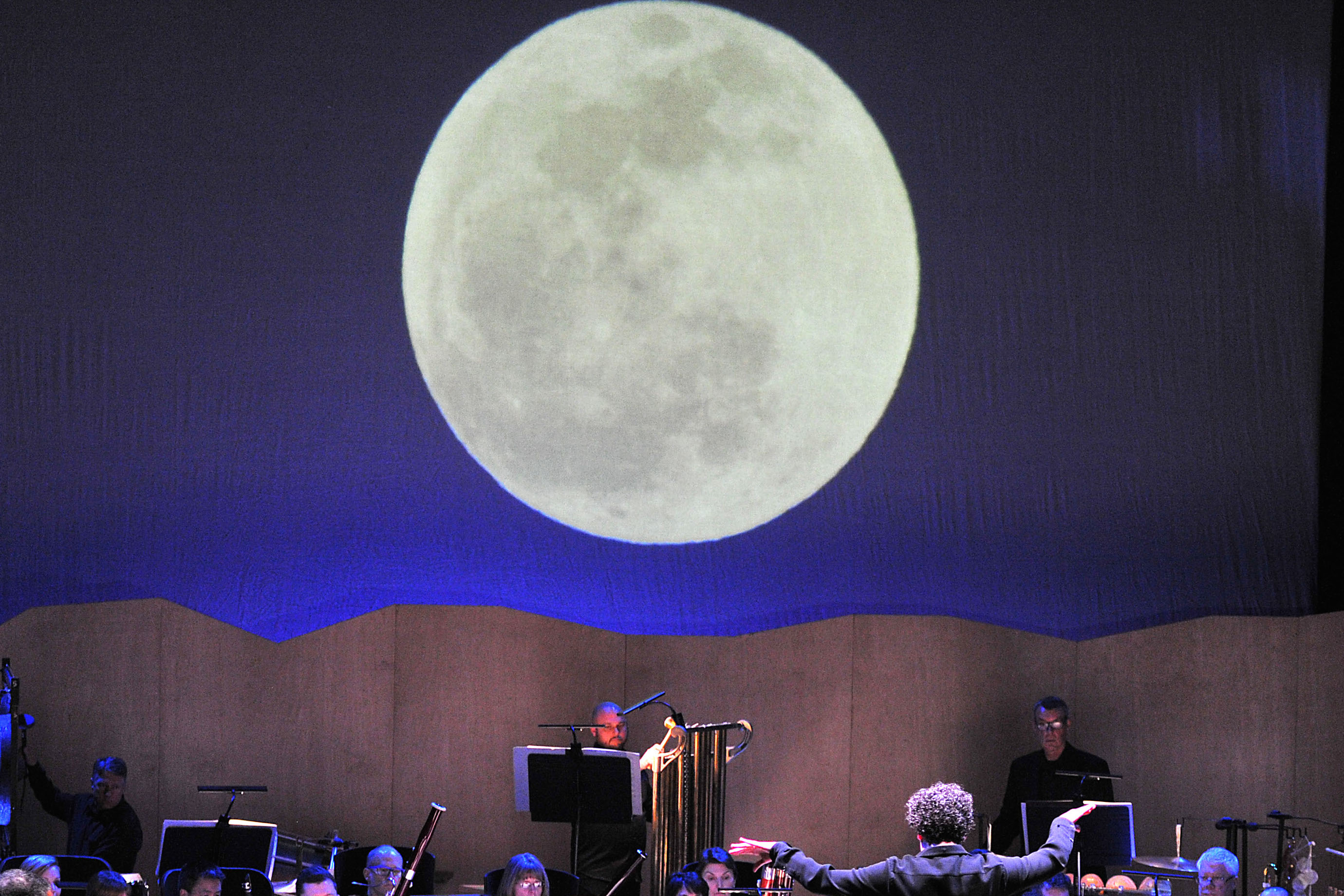 Messiaen composed Des canyons aux étoiles (‘from the canyons to the stars’) after visiting the canyons of Utah in 1972. Here he recorded the songs of the birds and photographed the rocks, cliffs and landscapes. According to Messiaen however, the work was not only a response to the geology and wildlife of the canyons, as it was ‘above all a religions work of praise and contemplation.’

It is safe to say, then, that there is plenty going on in this massive piece, scored for four soloists and orchestra. Messiaen also added a programmatic component by giving each of its twelve movements a descriptive title, either referring to the birds or landscapes of the canyons, or the spiritual sentiments that the canyons evoke.

With so much going on, it is difficult to understand why the landscape photographer Deborah O’Grady was asked to add a further dimension by creating a work of photographic art to be shown simultaneously with its performance. Indeed, for the first two movements, O’Grady’s photography added little to the performance. The problem was that the images felt separated. Listeners therefore had to puzzle over how the images fitted with the music, ultimately distracting them from the performance.

The third movement, however, saw a better assimilation of O’Grady’s photography. The images now moved and the switches between them happened faster. This gave the images a more active role that responded to Messiaen’s music. One moment that worked particularly well occurred in the seventh movement, when the camera gradually lowered itself to look further into the depths of the canyon. The drama of the landscape was fantastically enhanced by the music, which seemed to respond to O’Grady’s photography, not the other way around. In such moments, O’Grady achieved full integration with the music, providing another way of listening (and looking).

O’Grady also knew when her photography should take a step back. During Joanne Pierce Martin’s piano solo in the fourth movement, we only see one unchanging photograph of sky and clouds, while Martin is literally spotlit. Even without this enhanced focus on the pianist, it would be difficult not to be completely drawn to such an engaging player as Martin: she has a way of treating dynamics like another colour.

With the LA Philharmonic under the enthusiastic but precise hand of conductor Gustav Dudamel, coupled with the brilliance of its four soloists, this performance was never going to be underwhelming. The addition of O’Grady’s photography was occasionally revelatory, but sometimes confusing. Des canyons aux étoiles is a massive, multi-dimensional work, and, frankly, I would prefer to leave it at that.