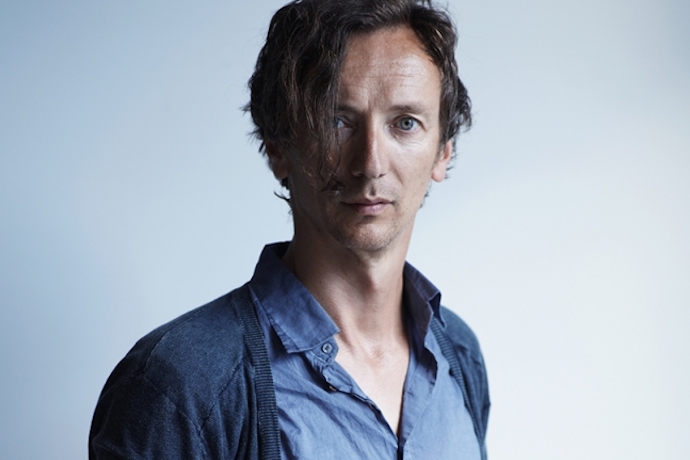 Instructions: Take a $80,000 concert piano and drill furniture screws into it. Wedge rubber in between its strings. Stick it with forks and knives. Sound like a travesty? To Volker Bertelmann, it’s music to the ears.

Bertelmann, better known as HAUSCHKA, is a German contemporary composer who works extensively with prepared piano—a piano which has alien objects placed on or between the strings. Bertelmann, who started his performance career rapping and playing keyboard as part of the hip hop act God’s Favorite Dog, has become a major 21st century proponent of prepared piano, creating custom preparations and expanding the repertoire.

This year, Bertelmann adds an Oscar nomination to his list of accolades for his work on the soundtrack for Lion, a film about an Indian boy who—25 years after he is adopted—sets out to find his lost family. I talked with Bertelmann about the soundtrack, superintelligent pianos, and the film Federico Fellini abandoned, which provides the inspiration for Lost, Bertelmann’s upcoming collaboration with cellist Nicolas Altstaedt at Kings Place, as part of the Cello Unwrapped series.

Lost is inspired by Federico Fellini’s script for The Voyage of Giuseppe Mastorna, in which a cellist’s plane makes an emergency landing outside a ruined cathedral. As he explores the surreal landscape, and attempts to return home, the cellist realises he is in the afterlife. What drew you to Fellini’s script?

The book on which it is based shines a light on our world and reality. You think, ‘What is it worth to build up this place [into something it’s not]? What is the worth of building up a city over there?’ In Fellini’s script these questions are handled in a very funny and very surreal way.

Is your piece a soundtrack for the unmade film? Or rather, are we ‘hearing’ the film acted out?

The whole piece expresses the surreal world of wishes and at the same time the madness of what we think life is. Often we find ourselves working on something and for something and then it’s finished and we think ‘Why am I doing this?’

You’ve done a lot of film scores in the past. How was Lion different? Or was it?

Lion was definitely the most well-made movie I’ve worked on so far. Dustin O’Halloran and I were watching it and we had tears in our eyes because it was already a film that was so strong before we played a bloody note. And that was the challenge of it because it was already so well done. But I have to say that in the beginning, when I heard the story, I was not so sure. It has a lot of clichés: we have in Germany a reality TV show, where people travel around the world to find their Mothers or Fathers. It’s always accompanied by huge, epic drama music. So of course we wanted to create something different, that is actually touching.

From where did you take the name, HAUSCHKA? Does it have a special meaning for you?

I wanted to find an East European name because I felt that my music has a bit of that Eastern melancholy. I think that it’s different from our melancholy in the West. I also didn’t want to have any Anglicism in my name. I wanted to have something that was neutral: Is HAUSCHKA a female? Is it a male? Is it one person? Is it ten?

The piano is central to your music, particularly the prepared piano. What are the strangest things you’ve done on a piano?

I change a lot of the notes with metal plates. I lay ping pong balls on the piano strings, which creates independent rhythms. On my new record I worked with player pianos, which are automats: the keys move themselves. They let you create supernatural piano pieces that a normal human can’t play.

You’ve combined a background in orthodox classical piano with some ‘blasphemous’ modern influences: rap, post-rock, even club music. How do you achieve this kind of cross-pollination?

I want to feel that I have the possibility of playing a very basic track with my piano and then a chamber piece with an ensemble that can exist next to a Schoenberg piece. That means you have to get deeper and deeper into the complexity of the composition and instrumentation. I’m writing more pieces for classical instruments, not only to be a ‘pop-star’ in the classical world, but to find a deeper approach to the instruments and to expressing something with the instrument.