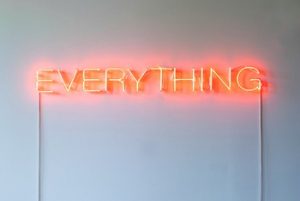 Martin Creed’s work blurs the distinction between art and life

1.Martin Creed: What You Find, Somerset

In this solo exhibition, artist and musician Martin Creed presents a new body of work that includes paintings, films, sculpture, music, spoken word and performance. The Turner Prize winner’s all-encompassing approach blurs the distinction between art and life: many of the works were created in-situ, with paint adorning several of the gallery’s walls and windows. 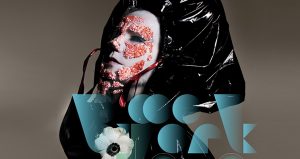 Björk has collaborated with visual artists and virtual reality designers

Icelandic icon Björk has collaborated with visual artists and virtual reality designers to create this high-tech exhibition of digital and video works. The premise is that virtual reality (VR) technology facilitates an intimate relationship between artist and audience: for instance, Stonemilker VR is a simulation of Björk delivering a private performance of the titular song. More adventurous, however, is Mouthmantra VR, from director Jesse Kanda, which transports the visitor into Björk’s mouth whilst she sings. 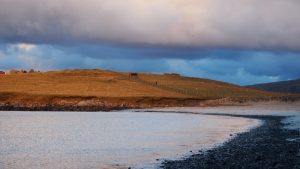 The fruits of a residency programme in which ceramic and sound artists collaborated to make new work in response to ‘landscape’ will be exhibited as part of Brighton Digital Festival. The project is curated by Kay Aplin and Joseph Young, whose collaborative work In A Shetland Landscape is an immersive four channel sound installation of layered binaural field recordings, accompanied by ceramic panels celebrating the micro-flora of the Shetland Isles. 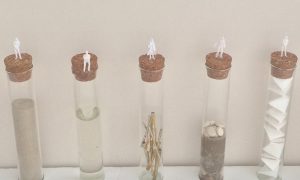 This new work by composer and artist Claudia Molitor celebrates the history of Waterloo Bridge, which was rebuilt by a predominantly female workforce during World War II. The Singing Bridge begins at Somerset House, and then directs the headset-wearing listeners along Waterloo Bridge and its surrounding paths. The soundtrack features new compositions by Molitor, drum and synth duo AK/DK, folk band Stick in the Wheel and poetry by SJ Fowler, while the wheezing drones and location recordings give the piece an industrial feel. 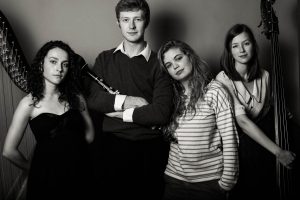 Contemporary and experimental ensemble The Hermes Experiment will be developing a new interpretation of Shakespeare’s The Winter’s Tale during their Aldeburgh Residency, in collaboration with director Nina Brazier and composer Kim Ashton. Reducing the play to an hour’s duration, the quartet of musicians – Anne Denholm, Oliver Pashley, Marianne Schofield, and Heloise Werner – will become part of the drama alongside a group of actors. This open session will explore the progress they have made during their residency. 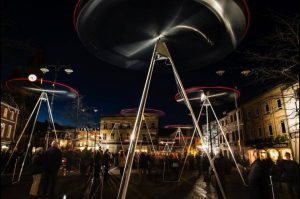 Chorus, a sound and light installation, is a highlight this year

Biannual festival b-side returns to the beautiful Isle of Portland with another programme of site-responsive installations from artists who have worked with local residents, academics and special interest groups, in order to make their art works part of the fabric of the island. A highlight this year will be Chorus, a sound and light installation made up of giant kinetic sculptures. Beautiful orbits of light will be traced in the sky and precisely tuned musical pitches will create a pulsating, harmonic drone, singing out a hypnotic siren call. 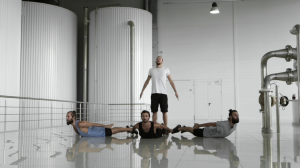 Three evenings of vibrant and subversive live cabaret performance, inspired by the avant-garde theatre of early-twentieth century Russia, are to be hosted by the Whitechapel Gallery. The performers include theatre collective Engineering Theatre AKHE and electronic musician Alexander Selivanov, while the stage design is by Russian artist Sergey Sapozhnikov. Additionally, singer Joanna Dudley and artist William Kentridge have conceived of a new work titled A Guided Tour of the Exhibition: For Soprano with Handbag, to coincide with the gallery’s current exhibition, William Kentridge: Thick Time. 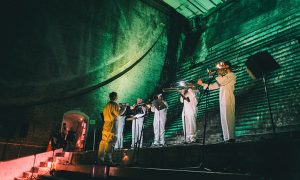 Composer Iain Chambers returns to fill the atmospheric subterranean Victorian space in the Bascule Chamber at Tower Bridge with a programme of five new pieces for voice, which will be performed by the award-winning Juice Vocal Ensemble and vocal music composer Ben See. A work by Catherine Carter samples the voices of the female welders who rebuilt Waterloo Bridge, while a piece by Eley Williams was inspired by the wild animals once housed in the Tower of London, and the notion that their ghosts might still prowl the Thames. 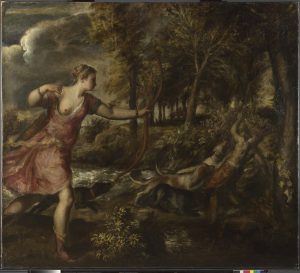 In 2012, the National Gallery reunited three major sixteenth century paintings by Titian: Diana and Callisto, Diana and Actaeon, and Death of Actaeon. These large-scale works were inspired by Ovid’s Metamorphoses, and Titian himself referred to them as ‘poesie’, the visual equivalent of poetry. In September, the Florentine Arts Ensemble will discuss Death of Actaeon and perform pieces by Britten and Szymanowski also inspired by Metamorphoses. 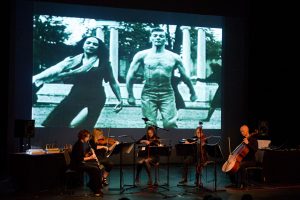 Sounds combine with images from the 1940s. © Greg Trezise

Ritual in Transfigured Time from innovative chamber group Goldfield Ensemble is a journey through the improbable soundscapes of the past century. The programme combines sounds and images from the 1940s, technologies developed in the 1950s, and the unique resonances of salvaged objects such as the insides of old toy pianos. New works from Arlene Sierra and Kathy Hinde will also feature, and the concert will also be a rare chance to hear Varese’s 1958 Poème électronique, one of the early masterpieces of electronic music and image.