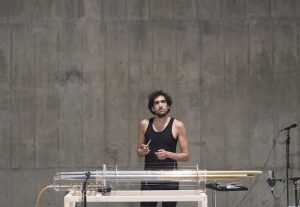 Lebanese artist and electroacoustic composer Tarek Atoui is setting up shop in one of Tate Modern’s underground tanks this summer. Debuting at the opening weekend of the gallery’s new extension, a series of live performances featuring guest musicians will be recorded and layered to create soundscapes that get richer and more complex over the duration of the show.

The twelve-day programme at East Neuk Festival not only boasts classical, world, jazz, folk and electronica music, but also films, art installations and literature events. Highlights include the world premiere of Memorial Ground, David Lang’s new choral and orchestral work about the Battle of the Somme, performed in a former potato barn; Once Upon a Time, which features music by John Cage and a collage of mini-scenes inspired by cartoon strips; and Out of the Box, a series of jazz and traditional music from the Mediterranean, Eastern Europe, Africa and the Middle East, always with a classical link.

Venues around East Neuk of Fife, until July 3 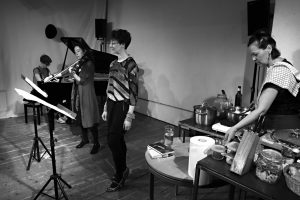 First created and performed for International Women’s Day in 2012, Rose is a multi-sensory hour of live cooking, music and spoken word. The piece draws on the famous recipes of Alice B. Toklas, the literature of Gertrude Stein and the Solo for Voice suite by the Austrian composer Elisabeth Harnik, all reconfigured to incorporate cooking sounds, violin and piano.

Venues across the UK, beginning at Leytonstone Festival, July 4-9

New poetry, percussion, rap, classical, jazz, Arabic and Indian music will be premiered at Stepping Out II, a showcase of ten months’ work from Academy Inégales, the interdisciplinary development programme founded by Peter Wiegold and Martin Butler. Read about our feature on this year’s diverse and boundary-pushing collection of artists. 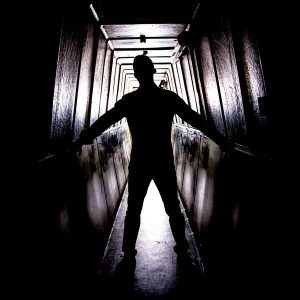 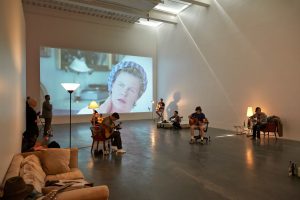 The Barbican presents a survey of the live performance, music, film, painting, sculpture and drawing of acclaimed Icelandic artist Ragnar Kjartansson. At the heart of this exhibition are two key works: The Visitors, a multi-channel video installation, and Take me here by the Dishwasher: Memorial for a Marriage, a live performance full of romance and humour.

The ever-playful artist Martin Creed, who won the Turner Prize in 2001 for his minimalist Work No. 227: The Lights Going On and Off, is also a composer, songwriter and performer. To mark the release of their new album, Thoughts Lined Up, Martin Creed and his band will perform their brisk, jangly tracks live at the Poetry Club.

Tempting Failure returns to London with its biggest and boldest festival yet, hosting over 50 performances across the city. Johannes Bergmark is staging two eyebrow-raising events: Stringed Stirrups, in which the musician plays two piano strings that are suspended from the ceiling, with him hanging from the end; and I have been in you, you have been in me, in which he swallows a microphone so that the audience can hear his body’s inner workings.

New York-based artist Brian Belott presents a Dada-inspired performance in the Serpentine Pavilion, which this year was designed by Danish architect Bjarke Ingels. Belott promises a night in which madcap and anarchic objects break into song, a zebra is played like a harp, and a fashion show is staged by the collective George de George Hair cuts Hair.

Barry Humphries may be best known for his alter ego Dame Edna Everage, but he has an enormous love for the art, music and satire of Weimar Germany. In collaboration with the Australian Chamber Orchestra and cabaret diva Meow Meow, Humphries presents a night of risqué, jazz-inflected, Nazi-banned music, including Erwin Schulhoff’s Sonata Erotica, which features six minutes of a carefully notated female orgasm. Read our preview of the event.