Electronic musician and singer Otaco will appear at IKLECTIK

This series of cutting-edge performances, talks and workshops is centred around digital culture and gender, promoting the work of female pioneers of experimental electronic music. With performances by Mayuko Hino, The Lappetites (AGF, Kaffe Matthews, Ryoko Akama), We Will Fail, Corpora Aliena, Martina Claussen, Otaco and Ramleh, the venue also hosts workshops and talks on wearable instruments, code liberation, DIY culture and more, all spread across the entire month.

Delve into the exhilarating sound-world of Iannis Xenakis in an interactive evening of film, talks and music with the London Sinfonietta. Xenakis’ music is the product of both his life and his obsessions with mathematics, composition and architecture. From fleeing Greece after fighting in the Communist resistance to working as a renowned architect in Paris under Le Corbusier, he became one of the most revolutionary and game-changing composers of the 20th century. 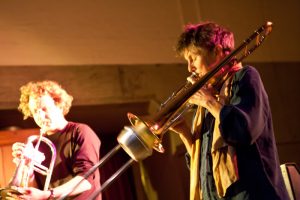 The Oxford Improvisers have been promoting the performance of improvised, free music in the Oxford area since 2001, welcoming players and musicians of all levels who are interested in exploring new musical paths and patterns. Two events coming up in November see the group present a promenade tour around the Ashmolean Museum inspired by the collections and galleries, as well as a workshop, Marking the Moment: Music and Mark Making.

Home town of the new Doctor Who, Huddersfield is striding ahead of its time in a very different way with its Contemporary Music Festival, now in its fifth decade. There are over 50 live events, 15 world premieres and 70 UK premieres, including new works by James Dillon, Christopher Fox, Rebecca Saunders and Hilda Paredes, as well as new versions of classic works by Karlheinz Stockhausen and Julius Eastman. Internationally recognised Swiss-American visual artist and composer Christian Marclay is Composer-in-Residence. His programme includes the world premiere of Investigations, a new work for 20 pianos. 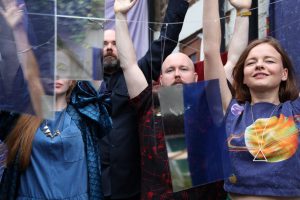 Founded by improvisational harpist Rhodri Davies and avant-folk legend Richard Dawson, Hen Ogledd are a genre-defying band, launching their new album Mogic on tour. Each hailing from historically different tribal regions of the Old North, the musicians of Hen Ogledd challenge the idea that the ancient world was rife with magic while the new is infiltrated by cold logic. Their new album is described as a ‘discombobulating pop prayer exploring artificial intelligence, witches, nanotechnology, pre-medieval history, robots, romance, computer games and waterfalls.’