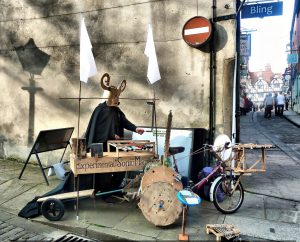 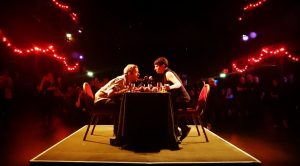 2. Tectonics, Glasgow
Since its launch in 2013, BBC Scottish Symphony Orchestra’s Tectonics Glasgow has been committed to bringing the best improvisers and practitioners of new music from around the world to the city, to collaborate with local performers and artists. New York’s Miya Masaoka brings the traditional sounds of the Japanese koto into the 21st century with a major new work. Sax virtuoso Mats Gustafsson creates a new work for the Old Fruitmarket. Plus, Tina Krekels brings the mating rituals of the anglerfish up from the deep for her new piece Pardon, I have tentacles.
May 5-6, Glasgow City Halls & Old Fruitmarket
tectonicsfestival.com 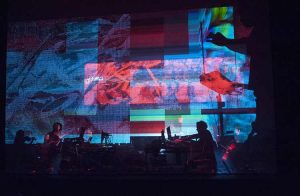 3. Splice, London
Founded in 2016, Splice Festival brings groundbreaking performances, cinema and audiovisual work to the capital, exploring the realms of creative coding, digital art and experimental music. Just some of the acts on offer include Reeps One, Graham Dunning, People Like Us, Addictive TV and Graeme Miller. And new for 2018, there’s also a kids and family section, featuring a hands-on workshop and performance.
May 10-13, London Rich Mix & Stour Space
splicefestival.com 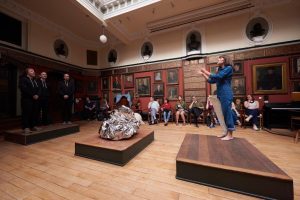 4. Odrathek, London
Across three days, Odrathek is a concert series devoted to experimental music and performance curated by the choral collective Musarc. Bringing together artists from the UK and beyond, its ethos is to break down barriers between musical genres and art forms. Featured on its line-up are multidisciplinary British artist Benedict Drew, experimental mezzo-soprano Loré Lixenberg, composer and director Neil Luck, plus much more.
May 11-13, London The Workshop
odrathek.org 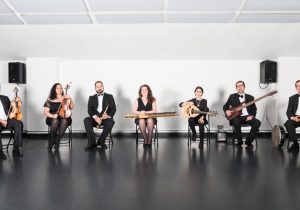