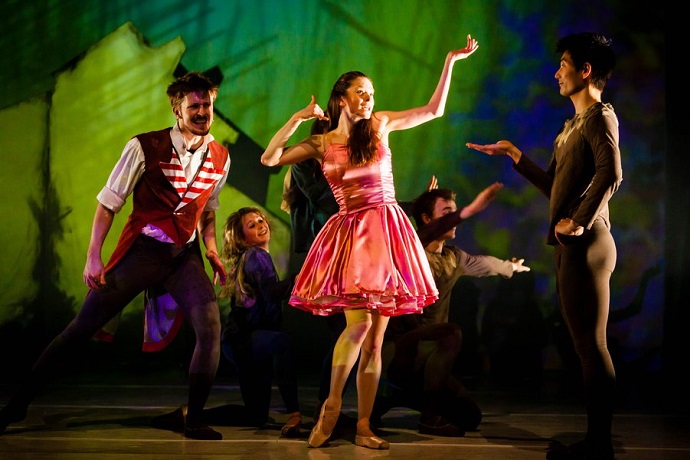 Roald Dahl once said that when he went down to his dark writing hut – which was full of curiosities, including the heads of his own hip bones – he could within minutes go back to being six- or eight-years-old again. The characters and words he created in this hut of curiosities have inspired many other works: two of his books, for instance, are currently enjoying huge successes as London West End musicals. But over the last 25 years, a wealth of other music inspired by Dahl has been composed – operas of Fantastic Mr Fox and The Golden Ticket, settings of the Revolting Rhymes and Dirty Beasts. With the Dahl centenary celebrations taking place across the country this year, there are opportunities to see and hear musical representations of his children’s works.

One of the great things about Roald Dahl is that people find something in his writing that resonates on a personal level. For Welsh composer Bernard Kane, it was the realisation on reading Dahl’s memoir Boy that he had grown up in exactly the same area of Cardiff; ‘I knew the sweet shop, and I had all the images of the places he talked about in my head. I was blown away by how personal they were to me, and I had this crazy idea to write an opera about his life.’ Kane started playing around on the piano and using some musical notes to spell out his name, which he developed into the ‘Dahl theme.’

you have Grandma, with lovely sweet, old music – but then we discover she is an alcoholic, so it becomes jazzier

What has emerged from this musical idea is Mr Dahl, which has its premiere on 21 October with the Cardiff Philharmonic Orchestra. The work is an orchestral suite with a Welsh heart, making use of a male voice choir and baritone solo, and accompanied by text narrated by Michael Sheen. Kane explains that the work is based on Dahl’s two memoirs, Boy and Going Solo, along with Dahl’s short story ‘Only This’. ‘There is a percussive theme all through the piece, like planes. Dahl loved aeroplanes, and I wanted to have an image of him flying, being away from everything up in the sky.’ 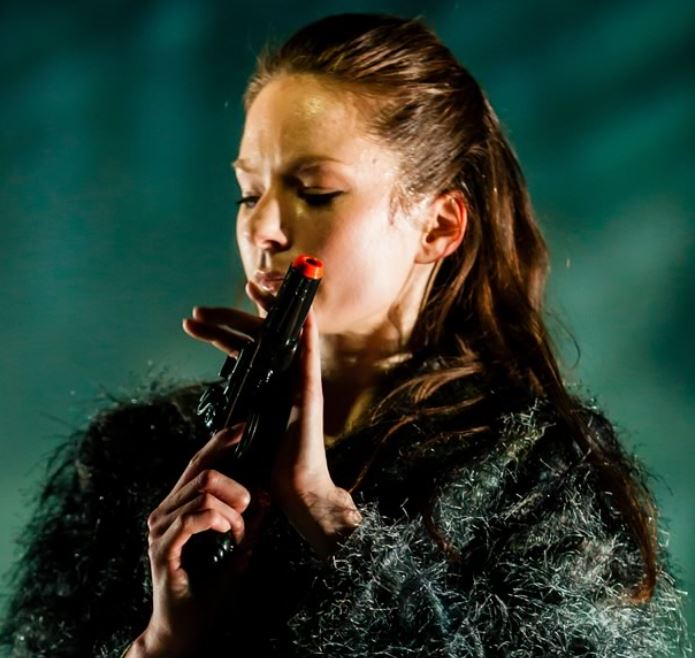 ‘The small girl smiles, One eyelid flickers, She whips a pistol from her knickers. She aims it at the creature’s head, And bang bang bang, She shoots him dead.’

The man who helped Kane find the text to use for Mr Dahl, and who has devised the text for every Dahl musical composition, is Donald Sturrock. While originally working for the BBC, Sturrock used to visit Dahl to make a documentary about him. ‘We talked about music – he didn’t go to concerts, but he loved listening.’ Sturrock explains that Dahl had always wanted some of his rhymes to be set to music, by way of an alternative to Peter and the Wolf. Sturrock then found a dramatisation of the Revolting Rhymes in Dahl’s writing hut, which the author had written with the TV series Spitting Image in mind. Sturrock already had a strong working relationship with the London Philharmonic Orchestra, and the seeds were quickly sown to commission the first of the Revolting Rhymes. Many others have followed. ‘I had to choose composers who would have the excitement and sense of humour to bring Dahl’s work to life,’ Sturrock explains. ‘I chose Paul Patterson for the first rhyme – “Little Red Riding Hood” – as I knew he would write something witty.’

‘Little Red Riding Hood’, and Patterson’s subsequent setting of ‘Three Little Pigs’, have been hugely successful, and are now being performed for a second run as ballets by Ballet Cymru in December. The ballets also involve spoken word, and Patterson says that the audience can now enjoy Dahl’s work on four levels: music, spoken word, narrator’s interpretation and visual dance. The narrator’s interpretation remains of importance in all the musical adaptations, as the various composers have not been allowed to set the texts to music, leaving them instead to be freely spoken. Patterson explains that this makes it more challenging for the composer, but does lend itself to good, characterful narration. He says that in his work, ‘everything is not how it appears. For example, you have Grandma with lovely sweet, old music. But then we discover she is an alcoholic, so it becomes jazzy and the harmony changes. It goes from ballet to nightclub music, which the audience like. Children will be sitting through an hour and a half, so you have to have their attention.’

Donald Sturrock is currently working with composer Peter Ash on the ‘Pelly Cantata’ – based on Dahl’s The Giraffe, The Pelly and Me – and talks of his delight in seeing Dahl’s work being continued through music. ‘I’m always looking to keep things fresh,’ he says. Dahl had an incredible way of connecting with children through his imagination, and these musical adaptations now add another dimension to his work.

Concert of the Unexpected takes place at St David’s Hall in Cardiff, 21 October