In the first of a series of features about historic site-specific events, Richard Whitehouse explores the little-known work Raab by Czech 20th-century composer Jaroslav Krček.

When is an opera not an opera? When it is a ‘radiophonic oratorio’ in the case of Raab, the seminal electroacoustic work that should have established Jaroslav Krček among the leading composers of his generation, were it not for the hostile environment out of which it emerged.

Born in the Bohemian town of Čtyři Dvory on 22 April 1939, Krček had studied composition at Prague Conservatoire with Miloslav Kabeláč. Little known in the West, Kabeláč mentored a generation of Czech composers in addition to pushing aesthetic boundaries within the rigid conformism of Czechoslovak culture in the decade after the death of Stalin. Having inaugurated the first Czech course for electronic and electroacoustic music in 1966, he created E fontibus Bohemicis (From Bohemian Springs), which, while not finished until 1972, blazed the trail for others to follow. Not least Krček, whose Sonaty Slavičkove (Nightingale Sonatas) – a potent synthesis of electronic montage and phonetic transformation after texts by poet Jan Kořínek – was successfully given at the 1971 Prague Spring Festival. 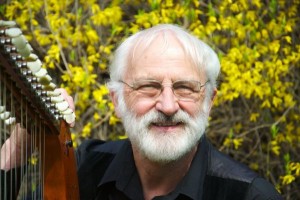 It was a fair step from five-minute étude to the hour-long drama that is Nevěstka Raab (Raab the Harlot), though Krček found a notable precedent in the ‘anti-opera’ Most (The Bridge) by composer and musicologist Jamil Burghauser, staged at Prague in 1967 and whose provocative usage of Fluxus-derived elements brought reprisals in the aftermath of the Soviet invasion. Seeking a verbal framework, Krček turned to the poet Zdeněk Barborka for a libretto that took the Old Testament allegory of the Fall of Jericho as its initial concept.

Convinced that semantic meaning is of less importance in an operatic context than emotional affect, Barborka fashioned a libretto which involves three aspects: verses in Czech that set the scene for each of the work’s three parts; a main text written in Czech then transformed into an artificial language through graphic symbols; finally, descriptions of protagonists and events to be read by performers and listeners as the work unfolds. Realisation took place at the Prague Electronic Music Studio over 13 months and 450 hours during 1970–71, with the eight voices joined by narrator and solo viola, several percussion instruments and tape-loops of orchestral sound. Much of the notation is interpretable by the performers, while the three parts pursue a continuous formal and expressive intensification often enriched by allusions to earlier events.

A prizewinner at the 1971 Concours Internationale de l’Opéra et Ballet in Geneva and heard publicly at the Prague Theatre of Music the following January, Raab was never likely to find favour in the post-Dubček era; its religious connotations and experimental content ensuring it was to remain under wraps for almost two decades – an inspiration to Czech underground and alternative musicians, before it appeared in the West as an LP in 1986. Barborka retired into obscurity, while Krček enjoyed an active career with the group Musica Bohemica. Of his later works, the first of five symphonies is comparable in its scope to those by such as the Georgian Giya Kancheli and the Armenian Avet Terterian, while Dialogy s časem (Dialogues with Time) deploys two solo voices and tape in an exploration of the Czech language.

Raab came into its own after the Velvet Revolution, being released on LP in Czechoslovakia in 1990 and heard at Brno’s Janáček Academy in 2003, with a full theatrical staging at Jičín’s House of Culture the following year. Yet its release on CD is still to happen, as is any performance in the UK – ensuring that, here at least, Raab’s cult status is set to continue for a while longer.