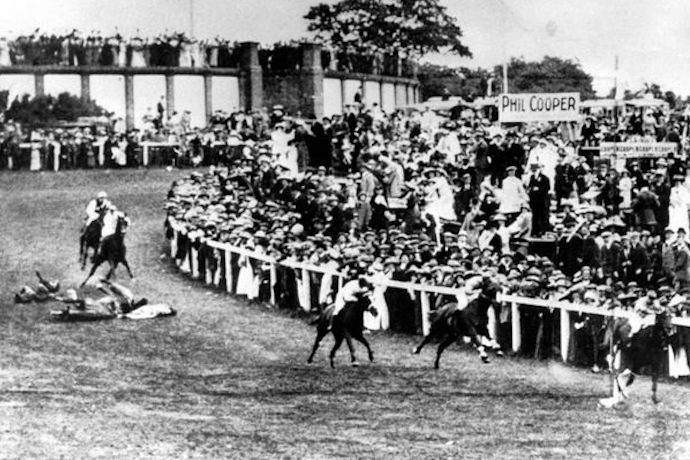 Musical commemorations for the 100th Anniversary of the Representation of the People Act could take many guises, but for composer Joanna Marsh, retelling the events of the Derby Race of 1913 when Emily Wilding Davison intervened with fatal consequences seemed an appropriate way to mark the life and death of one of the key figures of the suffragette movement.

Marsh and librettist David Pountney had just been working together on her opera My Beautiful Camel, which is also based on real events, when she was approached by Rupert Gough, head of choral music at Royal Holloway, with the idea for the commission featuring Davison who was one of the college’s alumna.  The end result, The Pearl of Freedom, is an 18-minute Cantata for the College Choir, chamber orchestra and associate orchestra, the London Mozart Players, which will be given its premiere on January 31st at St John’s Smith Square.

The angularity of such a complex character really stood out for me and fed into the work.

‘When I talked to David, he had lots of ideas about taking on the work and I knew it would be really nice to work with him on something else,’ Marsh explains.  ‘I found a brilliant book by Michael Turner called the Suffragette Derby, which went into the history of the Derby in huge detail, for example listing all its horses, colours and riders.  You need something which is filled out, not just a summary.  It was extraordinary to hear about the divide between the British and Americans, and in fact the big headline in the newspapers was that the favourite was disqualified.  There was only a tiny bit about Emily Davison.  But that’s what history does, you see things in sharp focus.’

Pountney and Marsh worked together to create a text for the Cantata entirely drawn from sources (there is only one fictional point where Pountney has recreated some race commentary in the style of the time.)  It makes it into something of a ‘Docu-Cantata’, with extracts from police reports about the contents of Davison’s handbag, the King’s comments and reports from prison doctors among other things.  The work opens with an extract from Davison’s diary, a statement about her vision to get women the vote, which would be the ‘Pearl of Freedom.’

The Cantata is written in a series of episodes which describe the different parts of the story and progress quickly.  Marsh has, fittingly, given Davison’s voice to the women of the choir and the opening is sung by them all, with unison singing returning when Davison’s diary is talked about.  While there is no ‘leitmotif’ as such, as the work progresses, Davison’s character is typically portrayed by fragmented, jagged lines, depicting her unsettled state of mind.  ‘The angularity of such a complex character really stood out for me and fed into the work,’ Marsh explains. She worked hard to depict Davison’s sense of energy, which was never quite able to fulfill its potential, and her frustrations, but also used triumphal idioms with which Davison likens the lives of the suffragettes to those of early Christians – Davison famously talked about the greatest sacrifice (life) being comparable to Calvary. 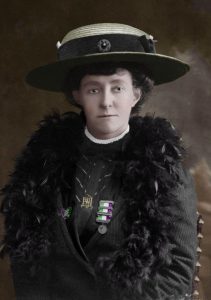 The Cantata is text-rich.  ‘There is a lot of material but we felt it was all very important and there’s not a lot of repetition,’ says Marsh.   She and Pountney have cleverly interwoven texts, at times building up the atmosphere to mimic a horse race, for example, by setting lists of riders and horses against Davison’s vital statistics, material which was taken from prison records earlier in Davison’s life.  After the crash, there is an interesting section telling the story of the funeral where Marsh creates a funeral march, using musical lines from the beginning of the work and quotations from one of the hymns which was actually sung, all alongside a drum beat depicting the marchers and the procession.

It’s clearly a work packed full of fact, drama, contrasts and emotions.  But it ends optimistically, as Marsh explains,  ‘with what Davison achieved. Four years later, women were given the vote.  The last words are Representation of the People.’

The Pearl of Freedom is premiered on January 31st at St John’s Smith Square.