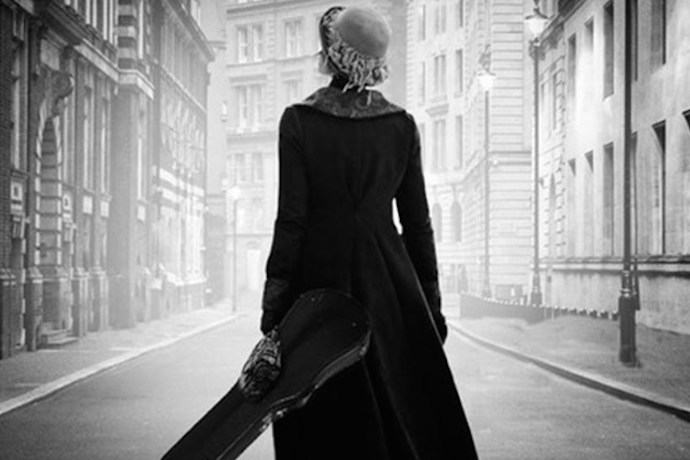 March 1933. Jelly d’Arányi, great-niece of the violinist Joseph Joachim, claims to receive a message from the ghost of Robert Schumann. Schumann tells her of a lost violin concerto, buried by his friend Joachim who thought it a disturbing window into the composer’s deteriorating mental state. According to d’Arányi, Schumann now wants her to find and perform the piece.

For novelist and freelance music journalist Jessica Duchen, this bizarre story was ripe for fictionalisation. ‘I was researching another novel [Hungarian Dances] and managed to get hold of an out-of-print book on Jelly d’Arányi and her two sisters,’ she says. ‘In this book there’s a chapter called ‘The Truth about the Schumann Concerto.’ I started reading it and thought “Oh my God! What a story!” After a while of thinking about it and talking it through with my musician friends, it struck me that all I had to do was tell the story and essentially I had a novel on a plate.’

That novel was 2016’s Ghost Variations, a thriller with a bedrock of meticulous research. The plot features madness, the supernatural and interventions from the Nazi government, yet at its heart is the extraordinary character of d’Arányi. ‘She was incredibly intelligent – although she hardly ever went to school – and a sensational violinist,’ says Duchen. ‘Her great-niece says that she was a rather ascetic person; slightly reserved, slightly otherworldly. I used to walk around having imaginary conversations with her, which could be quite fun.’ Vaughan Williams, Gustav Holst and Ethel Smyth all dedicated pieces to d’Arányi; George Mallory wrote to her on his way to Everest; a character in Aldous Huxley’s Chrome Yellow is supposedly based on her. In many ways she was at the centre of the cultural world of her time.

And what of Schumann’s violin concerto, the holy grail of d’Arányi’s quest? ‘It’s not his best piece,’ admits Duchen, ‘but there’s some wonderful, wonderful things in it. It’s very difficult to tell whether he was pushing at the boundaries – as Schumann always did in different ways – or if he’s losing control of the material at times.’ One of the questions which haunted Duchen during the writing process was whether this late work was ‘Schumann on the brink’. ‘Was he thinking that everything was going to be OK?’ ponders Duchen. ‘There’s this triumphant polonaise that finishes [the piece]. He’s just met Brahms, which apparently helped spur him to finish the concerto. Yet very, very soon after he wrote that polonaise he threw himself into the Rhine. How much of it had to do with Brahms fixating on Clara?’ 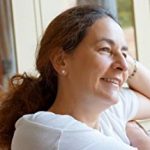 Listeners can attempt to answer these questions for themselves in an upcoming series of concerts to accompany the novel. As with her previous books, Duchen will read excerpts from Ghost Variations interspersed with live performances from award-winning musicians David La Page and Viv McLean. All of the pieces have a direct connection with d’Arányi, ranging from works by Schumann, Mendelssohn and Bartók to lesser-known fare from F. S. Kelly, Maurice Ravel and Jenő Hubay. Audiences can expect to hear some hidden gems; Le Page and McLean were so taken by the F. S. Kelly gigue on the programme that they’re considering introducing the entire serenade into their repertoire.

The tour is much more than a drive to promote the novel – it’s a way of reenvisioning the concert experience. ‘There are people who think “I can’t go to a violin recital of Schumann. Who on earth are Hubay and Ravel?”’ says Duchen. ‘If it’s part of a story, you can just absorb it as part of that dramatic experience and learn something about the music and the performers along the way. I think [the story] helps people connect with [the music] more strongly. It gives you a reference point to kick off your imagination.’

Presenting a slice of history stranger than fiction and a programme ranging from the well-loved to the unexpected, this is the perfect way to step into the strange world of Jelly d’Arányi.

Jessica is currently crowd-funding her next novel ‘Meeting Odette’, a 21st Century retelling of Swan Lake blending feminism with magical realism. You can pledge here.