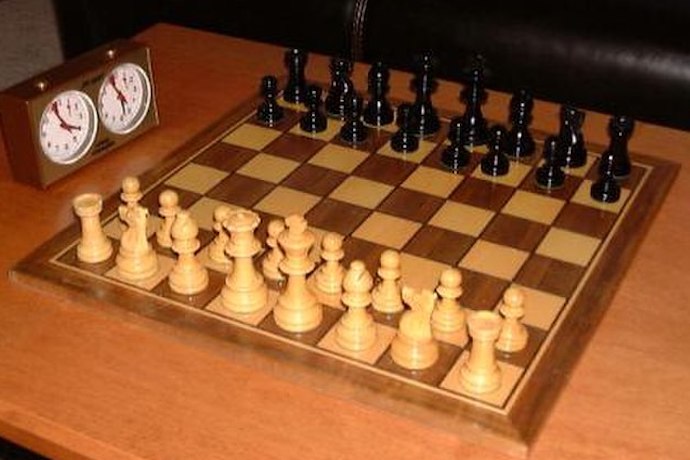 The great and gloom-laden Russian composer Dmitry Shostakovich was a passionate fan of football, with a lifelong devotion to his local team FC Zenit. He kept a large embossed diary in which he listed football results, USSR league table positions and analysis of team scores. He even wrote two newspaper reports on football matches in the 1940s, one published a month after the premiere of his Leningrad Symphony in 1942.
Read: 5 pieces of classical music inspired by paintings
Read: 5 pieces of classical music inspired by architecture

Not only was the Russian composer Sergei Prokofiev keenly interested in chess, he was extremely good at it, even  beating his friend José Raúl Capablanca, who happened to be a world chess champion, in 1914. According to another friend and Soviet chess champion, Mikhail Botvinnik, Prokofiev played a very ‘forthright game. ‘His usual method was to launch an attack which he conducted cleverly and ingeniously,’ Botvinnik recalled in S. Prokofiev Autobiography Articles Reminiscences (Moscow, 1959). ‘He obviously did not care for defence tactics.’
Read: 5 perfumes inspired by music
Read: 10 pieces of classical music inspired by water

In addition to being an award-winning pianist, composer and writer, Stephen Hough is also passionate about painting, and had his first solo exhibition of artworks, entitled Appassionata, in London in 2012. ‘My painting is something very private, partly because it’s the most sensual thing I do artistically,’ the 60-year-old polymath told the Cross-Eyed Pianist in 2018. ‘Playing the piano is sounds in the air, writing music or words is marks on a page, but painting is dirty, physical, earthy – and tangible/present.’
Listen: Stephen Hough on his passion for painting
Read: Classical musicians create exhibition of paintings during lockdown

He may have been the king of 20th-century musical avant-gardism but John Cage spent much of his life living a hand-to-mouth existence, supplementing his income by collecting mushrooms, which he then sold for hundreds of dollars. His interest in mushrooms began during the Great Depression, when he was forced to forage for food in the woods around his home in California. And while it did land him in the odd sticky situation (in 1954 he had to have his stomach pumped after eating a poisonous hellebore) mushrooming grew to become a passion for the American composer, who chose it as his specialist area when, in 1959, he appeared on the popular Italian game show quiz: Lascia o Raddoppia (All or Nothing).
Read: A profile of the Vegetable Orchestra
Read: Spotify playlists bring contemporary classical music to the masses

Olivier Messiaen considered himself to be as much an ornithologist as a composer. Unlike most ornithologists though, he found a way of documenting his birdstudies in music. Over several expeditions he combed the French countryside for the songs of birds, finding ever more innovative ways of notating their idiosyncracies. What emerged was literally a musical catalogue: his Catalogue d’Oiseaux, a cycle of 13 pieces for piano solo written between 1956 and 1958, that used transcriptions of birdsong from over 80 different European bird species to evoke the landscape and birdlife of France.
Read: A preview of Absolute Bird – a series of concerts celebrating birdsong
Read: A review of Luminous Birds – Kathy Hinde’s sound art exhibition of origami birds in Glasgow