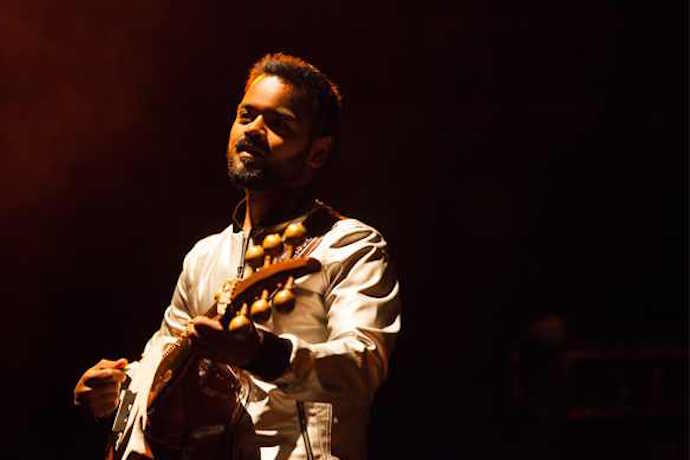 Paris – Madras: it sounds like a wonderful grand voyage, encapsulating all sorts of colours and cultures on the way.  And that is exactly what a special performance by Le Concert de L’Hostel Dieu and a group of Indian musician friends promises to be when it is presented as part of the London Festival of Baroque Music at St John’s Smith Square.  In fact, it’s not an exploration of the two cultures, nor a journey from one to another, but settings of two very sacred works from each culture, juxtaposed and eventually blended together in a grand improvisational working.

Couperin’s three Tenebrae Readings mark the death of Christ and are set to the Lamentations of Jeremiah, some of the most solemn texts from the Bible.  Franck-Emmanuel Comte, director of Le Concert de L’Hostel Dieu, was used to performing them simply as part of a Baroque programme for twenty years, but was always looking for something to put in between the Readings. ‘The audience needs some time to digest the text; the descriptions of that time in Jerusalem are so strong,’ he explains. ‘I used to ask choirs to perform Gregorian plainchant in between, in the French style.’  However, he and Indian music specialist and Bansuri flautist Patrick Rudant came up with the idea of interweaving the Couperin with Indian evening Ragas.  Comte is passionate about finding ways of presenting the ancient musical repertoire of his group in different, eclectic ways and the two explored the fact that both the Couperin and the evening Ragas shared common connections, expressing emotions of great solitude and darkness.

Everything becomes a communal decision between the collaborators. That’s the purpose of music for me –it allows people from different traditions to come together.

During the evening, each one of the Readings will be alternated with one of the Ragas until the last part, when both sets of musicians will merge forces in an ‘improvisational’ work, fusing the two styles.  Soumik Datta, who will be playing the Sarod at the concert explains that the result will not feel like a traditional Indian classical performance, not least for two logistical reasons:  firstly, in Indian classical performances, the soloist is the main feature, with perhaps one form of accompaniment, such as the Tabla, and only those players are on stage, whereas here you have a group of musicians working together in an integrated way.  Secondly, the Ragas are normally performed in one long stretch, evolving over a longer time frame and here they will be broken up.  ‘Many people assume that this makes them easier to perform,’ Datta explains.  ‘In fact it is harder – you don’t have so long to show your metal and you have to filter out other things and put everything into a few bars.’  So for both groups – the Baroque and the Indian – this becomes a new piece of collaborative work.  Datta is used to working with musicians from other styles and cultures.  ‘Everything becomes a communal decision between the collaborators,’ he explains.  ‘It can be beautiful and sacred – you have tapped into the song and moved on together.  That’s the purpose of music for me – it allows people from different traditions to come together, to connect and create bonds.’

This is the first performance in London for Le Concert de L’Hostel Dieu, although they have performed this particular programme in France and Switzerland and also across different venues in India, but with different Indian musicians.  Patrick Rudant was the lynchpin, connecting the Indian and Baroque players when the project was taken to India two years ago. Franck-Emmanuel Comte explains that it can be challenging to rehearse with musicians who are coming from very different musical cultures, which is what will make the final performance even more intense. Pairing Indian musicians who are, as he describes, ‘very individualistic and personal in their approach’ with Baroque players who are used to rehearsing and playing in a more formalised way means that inevitably,  Rudant has had to ‘script’ parts of the final section to guarantee cohesion, although there will still definitely be space for things to develop on the night. 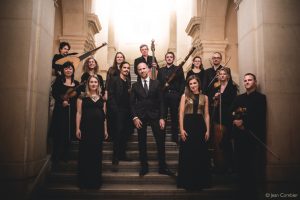 To have a bit of musical drama on stage is, in fact, exactly what the eighteenth century audiences listening to the Couperin would have relished.  With the opera houses closed during Holy Week, people would flock to hear the Tenebrae, which alternate between Latin and Hebrew texts, evoking different drama in each language section.  Each time the music reverted to the Latin, another candle would be extinguished until finally just one candle remained – ‘it was like sacred theatre,’ Comte explains.

Baroque and Indian voices and the bansuri flute, underpinned by theorbo, viola da gamba, organ and Sarod – it promises to be a mesmerising evening of sounds with space to reflect on the two cultures and dialogues of these versatile musicians.