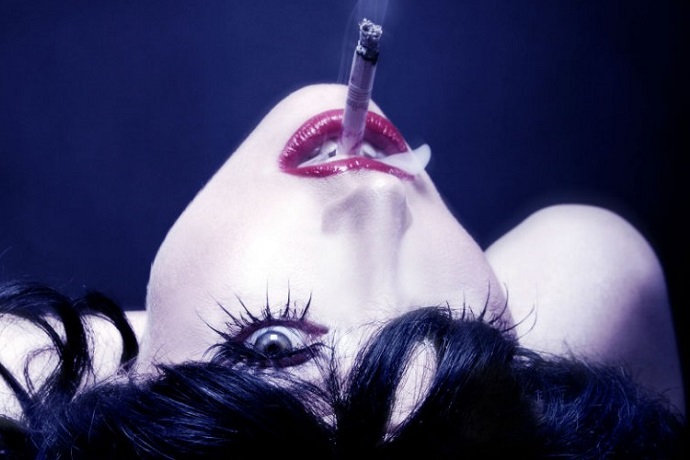 Listening to six minutes of a carefully notated female orgasm isn’t what audiences at the Cadogan and Usher Halls would normally expect. But neither would they expect that the music in question was written nearly 100 years ago. Headline prompting it may be, but Erwin Schulhoff’s Sonata Erotica for solo mother-trumpet is no gimmick, but rather part of a richly diverse, boundary-pushing and historically fascinating evening of ‘Weimar cabaret’ music being presented by the Australian Chamber Orchestra. And with Barry Humphries at the helm as Master of Ceremonies, performing alongside renowned cabaret diva Meow Meow, it is sure to be an enlivening evening. 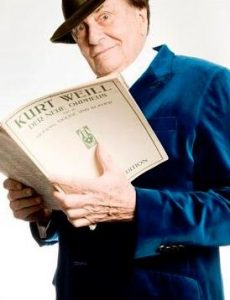 The man behind the gladioli: Barry Humphries

Barry Humphries may be best known for his Dame Edna Everage persona, but behind the gladioli is a man with an extensive knowledge of music and also a huge love of the art and satire of Weimar Germany. He was first exposed to the music of 1920s and 30s Berlin as a child, hearing it on radio programmes produced by Jewish émigrés who had fled Nazi Germany and were working at the Australian Broadcasting Company. He explains, ‘as a schoolboy in Melbourne, I discovered a cache of sheet music by a number of German and Austrian composers whose careers had been blighted by the Nazis. I saw here a repertoire of largely unknown music – much of it inflected by jazz – that might make a sensational concert.’ When it came to this collaboration with the Australian Chamber Orchestra, ‘it took Barry about a second to say yes,’ says Richard Tognetti, the orchestra’s Artistic Director. ‘We have been dear friends for a long time, and he thought it would be a good idea to bring to life the music of this era. People know about the visual art, the politics and the raunchiness, but they don’t know that much about the music outside of Kurt Weill.’

It hasn’t been easy adapting the music into a playable state. Whilst composers such as Paul Hindemith and Kurt Weill have now become more mainstream, much of the other music was forgotten and lost after its suppression under the Nazis, and it’s only through detailed research that it has been rediscovered. ‘It’s been an exciting process watching it all come together,’ explains Tognetti. ‘Barry and I started collating a programme, working with the Australian academic Peter Tregear, who specialises in this period. A lot of the work had to be arranged for the band,’ he says.

The Australian cultural climate now mirrors 1920s Germany: a daring to stick two fingers up at the world.

As well as a selection from Weill’s Threepenny Opera, Meow Meow will perform songs by Mischa Spoliansky, the star of Weimar’s literary cabaret circuit, whom Barry Humphries was fortunate enough to meet. But alongside these will be numbers from lesser-known composers such as Max Brand, Jaroslav Ježek and Wilhelm Grosz, while members of the orchestra will perform Enrst Toch’s Geographical Fugue, an entirely spoken piece written in strict fugal style. Many of the pieces are melodic, some are more experimental, and there are strong jazz elements. Richard Tognetti comments, ‘when you listen to so many of these Weimar pieces today, you realise that they contain so much of the DNA of modern pop music.’ 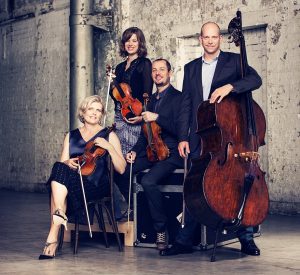 Richard Tognetti and the ACO

Berlin after the First World War was a melting pot of new ideas and experiments, with artistic expression standing up against the bourgeois cultural values. The daring and often satirical music was criticised by both sides of the political spectrum, but it reflected a new feeling of liberalism. ‘Even today, it’s still considered avant-garde,’ remarks Tognetti. ‘The issues are provocative, and the pieces are satirical and slightly risqué. For example, there’s the notated female orgasm, and they explore the notion of lesbianism. They’re not dated at all.’ He believes there is something about the Australian cultural climate now which mirrors what was going on in the clubs in 1920s and 1930s Germany: a ‘daring to stick two fingers up at the world.’

The ACO originally toured the programme in Australia back in 2013. The reviews then were great. ‘It’s not a classical music concert as such,’ explains Tognetti. ‘Barry runs the show – no matter where he sits, he is always going to be at the centre. We’re set as a band, and then there’s Meow Meow in her various costumes. But it’s a concert which demands a lot of attention.’ It sounds like an artistically complex evening. As Humphries says, ‘it’s the music that Hitler hated and audiences love.’