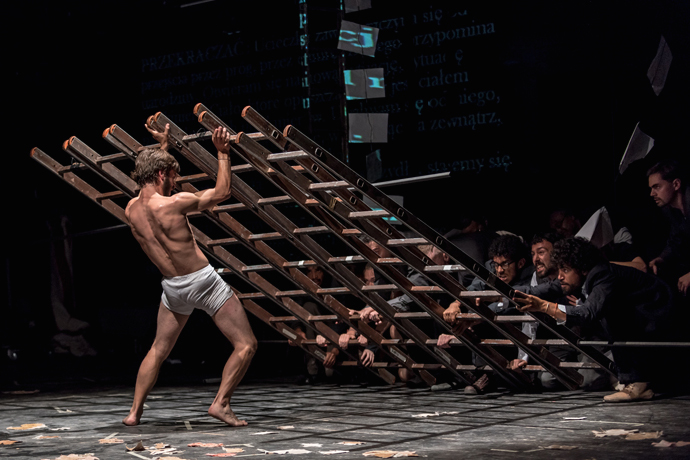 Migration dominates political and social debate in contemporary Germany. In 2015 the country welcomed over a million refugees fleeing conflict in Syria and neighbouring states. At the time, Angela Merkel proclaimed ‘Wir schaffen das’ – we will manage this. Since then, Germans have had to confront uncomfortable truths about their attitude to immigration.

As in life, so in art. Round the corner from the Bundestag in Berlin, seat of the German parliament, the Akademie der Künste is mounting a new exhibition of works responding not only to migration, but also to exile, occupation, division and alienation. ‘Uncertain States’ aims to stretch beyond visual art, with a packed schedule of music, films, lectures and discussions.

Subtitled ‘Artistic Strategies in States of Emergency’, the exhibition is a broad church. Maziar Moradi documents forced migration in his photographic series 1979, reconstructing the journey of his family from Iran after the revolution. Francis Alÿs dwells on the sense of absence of those driven from their homeland in Silence of Ani, capturing the stark deserted hillsides that were once the Armenian capital.

Others deal directly with the violent aesthetics of oppression. Reza Aramesh’s Versailles series superimposes images of refugees and prisoners of war onto the gilded halls of the French palace, images which seem to ask the viewer, ‘Do you see me now?’ Aslan Gaisumov’s Numbers, a collection of bullet-ridden house numbers from a street destroyed in the Chechen Wars, are poignant mementoes that speak for themselves.

A concert presented in co-operation with the Akademie’s Studio for Electroacoustic Music attested to the political dimension of the post-war avant-garde. Vinko Globokar’s Réalités/Augenblicke, from his epic staged concert work Les Émigrés, is an irreverent take on migration written for vocal quintet and tape. Its quirky score, multilingual libretto and tape interjections of popular music from across the globe combined to create a sonic Babel.

Luigi Nono’s Quando stanno morendo – Diario Polacco No. 2 is a more serious-minded, haunting work, evoking exile and imprisonment in Soviet Russia. The text, taken from Russian poetry and fragmented and sung in close dissonance by a vocal quartet, is barely discernible. The piece’s bleak stillness speaks to the horror of the victims of the Soviet regime. Its sense of loss and emptiness were universal, resonating with much in this powerful exhibition.