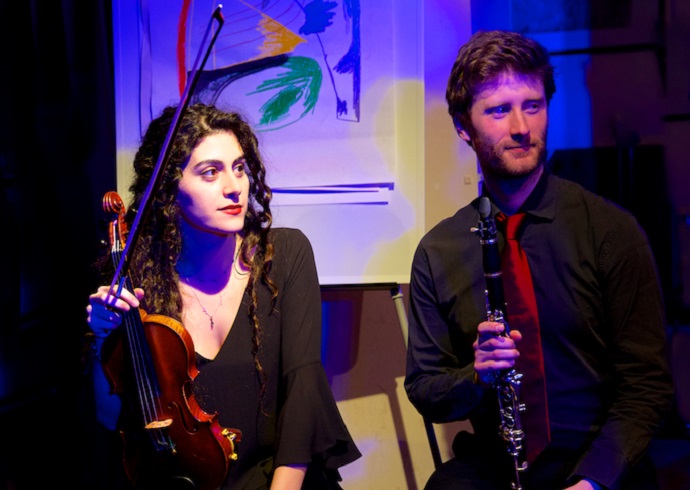 A very modern version of a 17th-century English masterpiece – Henry Purcell’s semi-opera King Arthur – is set to be the final showcase of an exciting collaboration between twelve artists at Spitalfields Festival. The artists all belong to Academy Inégales, formed by Peter Wiegold and Martin Butler as a development programme for their ensemble Notes Inégales. The Academy meets at Club Inégales on North Gower Street in London. As Martin Butler explains, ‘we wanted a development programme that reflects what we do in the Club. We wanted to attract people who were willing to push their boundaries.’

It’s not something that’s easy to categorise – the Academy is made up of people from all sorts of backgrounds, and not all are musicians. ‘When we advertised we had an extraordinary response,’ Butler explains. ‘They’re not necessarily highly trained – some read music, some don’t. We’ve a poet, a percussionist, a rap artist, a Lebanese musician – everyone brings their individuality to the group. We were looking for people who were distinctive in their own style but who perhaps felt stuck in a rut and wanted to bring a different slant to what they were doing.’

Worlds clash together, mirroring the way things have always clashed together in my head. The consequences are fascinating.

The result has been a productive nine months. The group meets with Wiegold and Butler for a total of nine supervised workshops over three ‘seasons’, as well as individual mentored sessions with members of Notes Inégales. Lebanese violinist Layale Chaker first heard about the Academy through one of the core members of Notes Inégales, guitarist and composer Joel Bell, when they worked together in Canada. ‘I have always been interested in the UK experimental and contemporary music scene, which I think is leading and avant-garde in many ways,’ she explains. ‘What I love about working with Inégales is that I can be all that I am at the same time. I don’t have to choose between being a classical musician, an Arab musician, an improviser or a composer. Labels don’t matter, and we are not confined to defined roles. Worlds clash together, mirroring the way things have always clashed together in my head. The consequences are just fascinating.’ 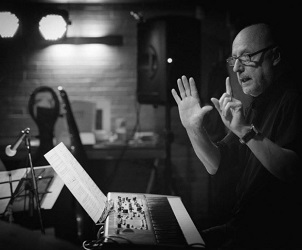 Poet Chris Meade has enjoyed being welcomed into this way of ‘structured improvisation’. Not thinking of himself as a musician, he loved the idea of ‘a band of translators and writers thinking as some musicians do about how to practise their craft and then jamming together live.’ The collaboration between musicians, poets and illustrators was especially important for the ‘Found in Translation’ project in March. Meade originally became involved through his participation with the magazine Modern Poetry in Translation, and his work as part of the Academy has evolved naturally from the first session. ‘At an early session I brought my six-string ukulele and began playing that, but then started speaking and chanting text from the book I had. That led to our first piece together,’ he explains. ‘I’m interested in how words can be part of the mix, adding colour and imagery without dominating and defining what it’s all about. For Found in Translation it worked to repeat a poem and also extemporise around it, like jazz musicians using a standard tune as the basis for an extended improvisation.’

The Academy has clearly enriched the individual artistic lives and work of everyone taking part, and it has far exceeded Butler’s and Wiegold’s expectations. As the workshops have progressed over the year, players have developed sounds, colours and textures as an ensemble. Close friendships and working relationships have emerged, and there is strong talk amongst the members of continuing in some form or other – as Layale Chaker puts it, ‘to keep on exploring and strengthening the connections I have built with the wonderful musicians I have met.’

It is exciting to contemplate how King Arthur will take shape with the involvement of both the Academy and ensemble. As Butler says, the performances will involve new texts, re-compositions and improvisation on words and music. It’s a project which sums up what the Inégales is all about: looking at the place of the composer in society and the role of education in music. There is no doubt that the performances in June will be evenings of exploration, creativity and breaking down perceptions.