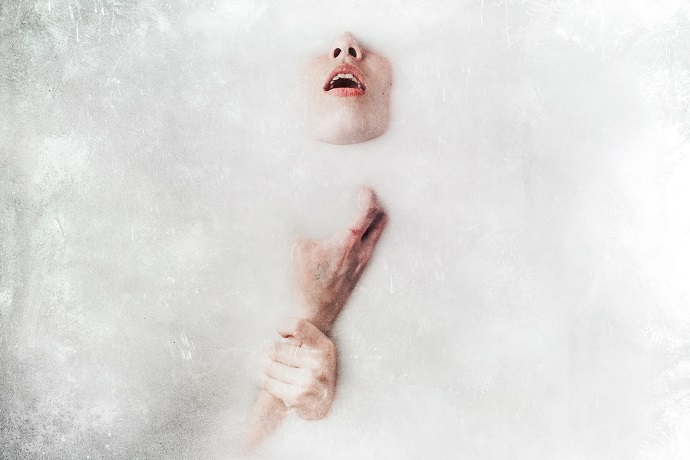 4.48 Psychosis, a piece about depression written by playwright Sarah Kane just before her suicide in 1999, has never been set as an opera before. In fact Kane herself stipulated that there should be no adaptations of her work. So, as the composer Philip Venables admits, it’s a privilege for him to have the chance of setting it to music – a project that will come to fruition later this month, when it premieres at the Lyric Theatre, Hammersmith.

Venables has known 4.48 Psychosis for a long time, loved it and always felt it was absolutely right for what he wanted to do. As he says, ‘it’s really more of a text than a play – I feel it’s a reflective meditation.’ He spent six months working on the text before writing a single note of music, talking to people who had met Kane, watching archives of productions and talking extensively to her brother, Simon, who manages her estate, particularly trying to pull apart the autobiographical aspects of the work.

His composition lasts around ninety minutes and involves six singers and twelve musicians from the CHROMA ensemble – three baritone saxophones, three violas, two percussionists, accordion, flute, piccolo and synthesiser – so not a typical chamber orchestra. The 24 short scenes that make up the opera profile the varying aspects of depression – its inside and outside worlds – setting the hallucinatory mindset of the patient against a stark depiction of reality. ‘The text itself is so fabulous,’ Venables explains. ‘Twenty years on, it’s still groundbreaking play writing. It’s so formalised in the style of writing and structure that it tells you what to do. The scenes are written in vastly different styles – from really dense poetic language, exploring the causes of this particular depression, to really fragmented bits. The threads are very different, but they repeat.’

There’s humour and absurdity – at times it’s saying life is pointless, so you may as well try to laugh about it.

Working with text and setting it in original ways within his musical work is of the upmost importance to Venables. ‘Song has an impact you don’t get in spoken text – but spoken text has a linguistic meaning which you don’t always get in song.’ 4.48 Psychosis interweaves the text in many different ways: it is spoken, sung and projected; there is a lot of recorded text; and people sing while their text is spoken. ‘Getting the balance right is important,’ he says. In dialogues between patient and therapist, two percussionists portray a ‘rhythmic speech’, with words projected around them. ‘We are not making a narrative plot out of it – for example all six singers play the patient, most play the doctor and we’re not really representing a “lover” as such in a character, even though there is a lot about love in it. The six players work really as a hive mind.’

This is Venables’s first full-scale operatic work. It comes as the culmination of a three-year Doctoral Composer in Residence programme, run by the Guildhall School of Music & Drama, whose highlight is the chance to write and stage an opera with the support and involvement of the Royal Opera House. And the artistic collaboration within the team of 4.48 Psychosis is one that Venables has clearly cherished. ‘We’re blurring the traditional hierarchy of working together in an opera house and all learning about what the production really is,’ he explains, ‘a close collaboration between the musical, theatrical and design concepts can be hard to manage practically, but I’d love to keep growing those concepts together.’ 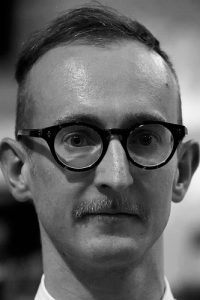 The rehearsals, and before that various workshops, have been a learning experience for everyone. ‘After it’s over, I plan to write an “Urtext” version of the score which will incorporate this learning,’ Venables says. ‘I’ve tried to write some flexibility into the score for the theatre – in approaching the text, the main question was how to make space for the music, but now there’s a score the question is how to make space for the theatre.’ He illustrates this by explaining that there will be passages where, for example, the singers have a certain amount of freedom within a time span, before returning to a scored passage.

With such a tough subject at its heart, though, does 4.48 Psychosis leave any room for hope? ‘Oh yes. It’s really about love as well as death. And there’s humour … and absurdity – at times it’s saying life is pointless, so you may as well try to laugh about it. There are jokes – well, a few jokes,’ Venables says. ‘Ted [Huffman, the Director] and I have a strong instinct about how we want to do the production. We’re keeping hold of the humour and the love in it. And we’re keeping a sense of the formality within the kaleidoscope.’

4.48 Psychosis by Philip Venables is at the Lyric Theatre, Hammersmith, May 24-28

Watch this video for an excerpt of the play: