A group exhibition exploring the relationship between visual artists and composers who lived in New York during the years following the Second World War – including Louise Bourgeois, John Cage, Morton Feldman and Joan Mitchell – and who pushed the boundaries of their respective mediums to the realms of abstraction. The exhibition features a selection of paintings, sculptures, musical scores and recordings, all centred around the relationship between silence and sound. 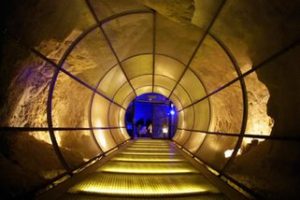 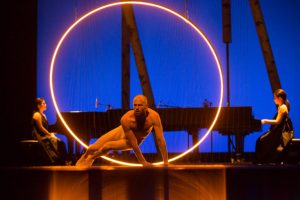 This Cryptic production, set to piano music, presents a series of overlapping choreographed moments inspired by female archetypes from across the ages. The director is Josh Armstrong, the choreographers are Iván Pérez Aviles and Ming-Lung Yang and the composer is Tan Dun. 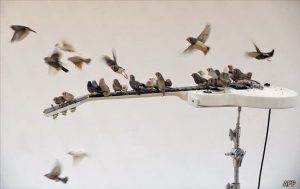 French artist and composer Céleste Boursier-Mougenot sees the musical potential in everything. In this installation, he takes over the exhibition hall in Copenhagen Contemporary, filling it with 88 zebra finches that flutter about and interact with bass and electric guitars and, plucking them with their claws or beaks, as visitors walk around the space. The result? An ambient concert unlike any other, without a beginning or an end.

The Orchestra Berg presents Hans Abrahamsen’s Winternacht, a piece inspired by painting and literature; and Georg Haas’s …Und… for ensemble and live electronics. With light design by Jan Komárek.

This musical performance, written by Danish author Suzanne Brogger, is a tribute to Lou Andrea-Salomé (1861-1967), one of the first female psycho-analysts and a colourful figure who, though married, had a series of high calibre lovers and admirers, among them Freud, Nietzche and Rilke.

The most adventurous listeners among you should head over to Bergen this month for this experimental music festival, celebrating music that ‘falls between the gaps’. Thor Magnusson presents a late-night performance uniting live creative coding, free vocal improvisation and ancient Nordic literature. Artist-composer Jana Winderen leads a discussion with marine biologists about her ‘aquasonic’ research into the musical potential of fish and the sea. And Lawrence Lek and Oliver Coates premiere HELIOTONES – a work combining live choir, flute, cello and contrabass flute with a first-person perspective video game. All this and much more.

This contemporary music festival focuses on various aspects of time, offering a broad range of orchestral and chamber music, media art and music theatre. This year’s highlights include The Long Now, 30 hours non-stop of concerts, sound installations and live acts; a showcase of the unusual instruments invented by Walter Smetak in the 1960s and 1970s; and Jennifer Walshe’s Everything is Important, a piece for string quartet, voice and film exploring ecological disaster and financial inequality. 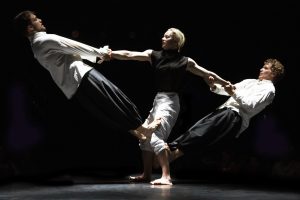 9. What Will Have Been, Belgium

A production combining acrobatics, electronica and the music of Bach. Circa, the Australian contemporary circus troupe, is accompanied onstage by a solo violinist.