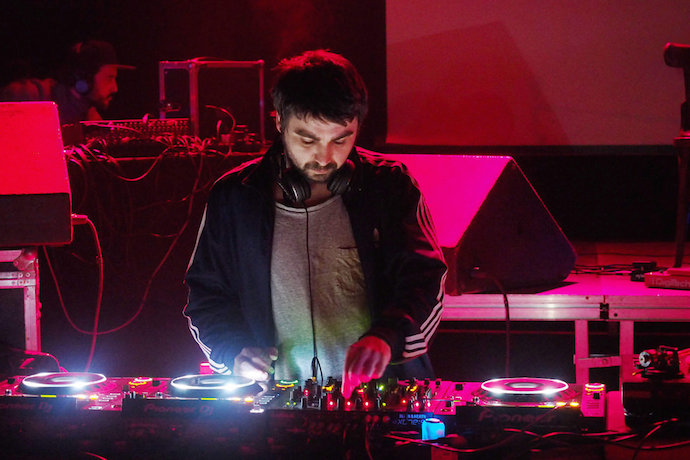 ‘We refuse to accept a fascist America.’ The protests following Donald Trump’s inauguration as President of the United States were noisy and defiant. In Berlin last week, Carmina Escobar used this footage to give a political pointedness to a celebration of electronic Mexican music.

Splicing sampled audio into her formidable soprano improvisations, Escobar’s performance was powerful and combative. Whilst her piece was the most vocal, many of the contemporary Mexican artists performing over two consecutive nights at the CTM Festival were explicitly political.

In one of his first acts as President, the celebrity businessman-cum-leader of the free world followed up on his campaign promise and signed an Executive Order to ‘begin immediate construction’ of a wall along the country’s southern border. Mexico’s difficult relationship with their northern neighbour was a recurrent theme throughout the Berlin festival.

The centrepiece of the first evening was ‘Sonic Borders II’, in which Guillermo Gallindo bluntly approached the thorny issue of Mexican immigration to the USA. Debris and belongings lost on the border by those making the journey north – bottles, radios and torches – were subjected to a ritualistic sonic examination. However, the sounds these objects make are far less interesting than those who once possessed them.

The next day, Carlos Sandovar’s ‘Mexican National Anthem as I Recall It from My Childhood’ took a similar approach to ideas of nationhood. Video footage of school groups and individuals singing the anthem – with varying degrees of enthusiasm – was set against a simple, repeated, atonal march-like figure performed by contemporary ensemble Liminar and conducted by the composer, who was waving the Mexican flag.

The most interesting pieces of the two nights sidestepped sticky political issues. Roberto Morales Manzanares created psychedelic mind-boggling visual and sonic refractions of bells and flutes. Alexander Bruck gave a rare outing for a viola and tape piece by Mexican avant-gardist Manuel Enríquez (the first since the composer’s death in 1994) that had a delicate intricacy reminiscent of Luigi Nono.

A timely reminder, then, that art can cut across the social and political in many different ways, but also that interesting politics doesn’t always make for interesting art.